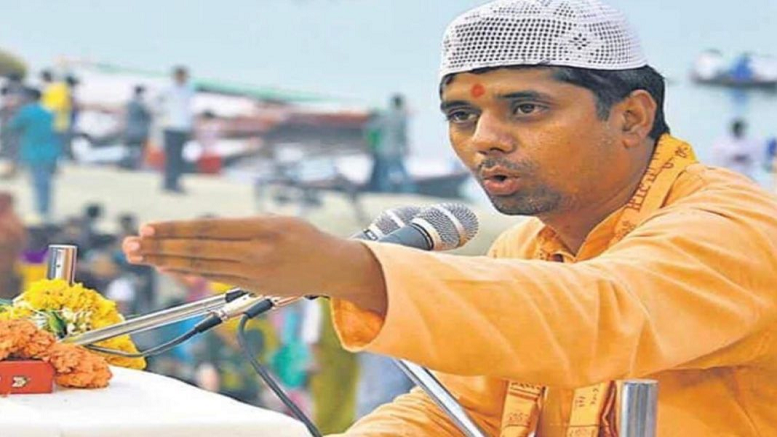 In recent years the number of ex-Muslims has been rising all over the world. On Twitter, hashtags like “Awesome without Allah” or “Ex-Muslim because…” were trending. In USA, according to a PEW Research Centre report, 23 per cent of those born in the Muslim religion don’t identify with it any longer. Most of them keep it secret. Yet, several ex-Muslims speak up on You Tube, including women.

A Turk, who grew up in Germany, went back to Turkey at the age of 16 and now lives in USA, has become popular as Apostate Prophet on YouTube, so popular that his channel has been, typically for social media giants, demonetized.  Most of those ex-Muslims were at one point devout believers who never expected that they could lose faith. Apostate Prophet disclosed that he had sincerely asked Allah to never let him lose faith. Yet now he ends his videos with “Stay away from Islam”.

In Turkey, which turns politically more fundamentalist, many youngsters turn their back on Islam. The government is worried that their indoctrination policy in education doesn’t work as expected. In Saudi Arabia, too, Islam does not have the strong grip on its people which outsiders would expect from the cradle of Islam. In a Gallup poll in 2012, out of 502 Arabs surveyed, 19 percent considered themselves not as religious and 5 percent even were convinced atheists. This rate may be much higher now, since Crown Prince Mohammad Bin Salman officially loosened the grip of the clergy.

Naturally, there are no vocal ex-Muslims in countries which punish blasphemy with death, like Pakistan. But why are there hardly any ex-Muslims in Bharat which is a vibrant democracy and nobody can be forced to believe anything against his or her will? Sofiya Rangwala, is one of very few who declared on Twitter and Facebook, “I was born in a Muslim family, married to a Muslim, but I have embraced the absolute Truth, beautiful philosophy of Sanatan Dharma.”

Bharat may be a special case, as the indoctrination into Islam is stronger than in Muslim majority countries. The clergy needs to make sure that Bharatiya Muslims are not tempted to go back to the faith of their ancestors. So the vilification of Hindu Dharma is massive, which makes it difficult even for those who lost faith in Islam, to appreciate the wisdom of their ancestors and rather adopt the label “atheist”.

Yet there are surely several Bharatiya Muslims who lost faith and also can see the value of Hindu Dharma. But why do these Muslims continue to identify as Muslim? The reason may be: it has advantages to belong to the ‘minority community’, for example special scholarships, etc. Further, one generally gets special treatment by media and in certain areas probably even by the police.

But why do even eminent personalities, like former president Dr. Abdul Kalam, who took inspiration from the Bhagavad Gita, and thereby became in the eyes of pious Muslims as bad as a Kafir, not officially come back to the tradition of their ancestors, even though they seem to have a liking for it?

The reason may be that Hindus push these ‘Muslims-in-name-only’ back into their old identity and it is difficult for them to break free without disappointing their Hindu admirers. If a Muslim makes sensible statements or appreciates Hindu Dharma, Hindus will not only praise him but will stress that he is an ideal Muslim, which of course is based on ignorance. He is a good human being but not a good Muslim, because a good Muslim needs to look down on Kafirs and needs to do Jihad, so that only Allah is finally worshiped on earth.

It would be helpful if Hindus learnt not to push those, who want to get out, back into their identity. If someone lost faith in his religion, it’s not acceptable that others label her or him as belonging to that religion, and I speak here of myself. For example, if I am introduced as a Christian who loves Hindu Dharma, I correct that I lost faith in Christianity and consider myself a Hindu. If I allowed myself to be addressed as ‘Christian’, or if I said “I am Christian by religion”, I would not be sincere.

Or are there indeed very few “Muslims-in–name-only” in Bharat and most still identify with Islam? I started wondering yesterday when many TV channels reported about Faiz Khan, a gau rakshak, who has a YouTube channel where he presents usually reasonable views.

He is on his way to reach Ayodhya for the Bhumi Pujan of the Ram Mandir with earth from his native village where Kausaliya, the mother of Shri Ram, is said to have been born, and he wants to be admitted at the function as it would be a statement of communal harmony. He said he is a Muslim by religion, but also a Ram bhakt, because Ram is his ancestor and Muslims see him as Imam-e-Hind.

At first I didn’t believe it was the same Faiz Khan whose videos I liked, but it was indeed him. I felt greatly disappointed that he doesn’t realize that he should never go for Bhoomi Puja. Hindus are very good natured and some support his move, or maybe even encourage it. But this historic moment, when finally Sri Ram is getting back his palace, which was destroyed by barbarians of the same religion which the forefathers of Faiz Khan have adopted and which he has not rejected, even though he could have done so, is not the time to flaunt communal harmony which anyway always rests completely on Hindu shoulders.

By saying that he is a Muslim by religion, Faiz Khan voluntarily closed the option to declare himself an ex-Muslim, or at least declare that he doesn’t believe certain tenets of Islam, for example that Hindus are the worst of creatures (Quran 98.6) and much more terrible things.

Wanting to join the Puja shows that he takes the amity and ignorance of Hindus for granted. Just because of his name, he expects being welcomed in the small gathering whereas Hindus, who fought and suffered for the Ram Mandir, have been asked to watch the Puja on TV. Or did he never get over the Islamic teaching which he would have heard as a kid: that Muslims are superior?

I greatly appreciate his activism to save cows and that he often understands the side of Hindus in his videos. Most of the time he comes across as a reasonable human being. But as long as he doesn’t reject certain important tenets of his religion which require him to look down and even hate Hindus, he should not be present at this special moment in history where Hindus have finally reclaimed their very holy place 500 years after it was destroyed by brutal Muslim invaders.

(This article was first published on the author’s blog on August 1, 2020 and is being reproduced with permission, after minor edits to conform to HinduPost style-guide)