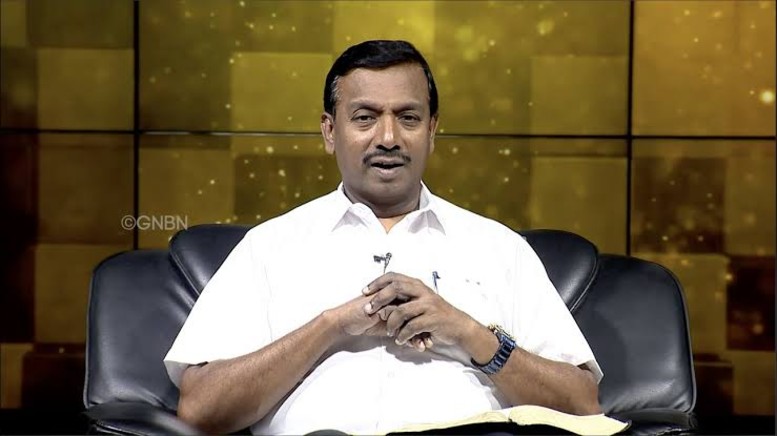 Mohan.C.Lazarus, evangelist and founder of Jesus Redeems NGO, had called for conversion of 6 lakh Hindus. The preacher had earlier made many derogatory comments about Hindu Dharma and deities and had to apologise for one such comment.

In a video doing rounds in the social media, Lazarus can be seen speaking to his followers. He says, “There are 6 lakh Hindus here(Thiruchendur, one of the six abodes of Skanda). You can preach the gospel to at least one of them, no? You can guide them towards being saved, no? You can bring at least one soul for the god, no? You don’t have to preach in the middle of the street.”

He laments that instead of harvesting Hindu souls evangelists are pulling people from one church to another. He advises his followers to “make friends with at least one of them(Hindus) when you are standing in the bus station, traveling on a train, see people at your workplace.. preach the gospel to them..have the thirst to save at least one soul..all churches are interested only in catching people from other churches like fishing in a tank. We don’t have any strategy to catch the 6 lakh Hindu souls. The first and foremost job of every believer is soul winning”.

In the past, Lazarus gave similar advice to fellow preachers saying, “There are 38,000 Pentecostal Prayer Houses with 60 Lakh people as followers. Among these 60 Lakh people, if each member converts one Hindu to Christianity every year, then by the next year it will be doubled. In the third year the count will become more than 2 Crore”. Once he described temples as the forts of Satan and said that even though big temples like Birla Mandir are there in other parts of the country it is Tamil Nadu where the most number of big temples are located.

A complaint was filed against him for disturbing communal harmony and hurting the religious beliefs of Hindus. When it went to court, Lazarus expressed regret for having hurt the sentiments of Hindus and assured to refrain from making such comments again. Last year, advocacy organisation Legal Rights Protection Forum had written to the Home Ministry seeking to cancel the FCRA license of Jesus Redeems. The organisation cited that speaking in a way to disturb communal harmony and indulging in conversion are a breach FCRA rules.