UP: Muslims clash with Hindus at Durga Puja Pandal in Firozabad 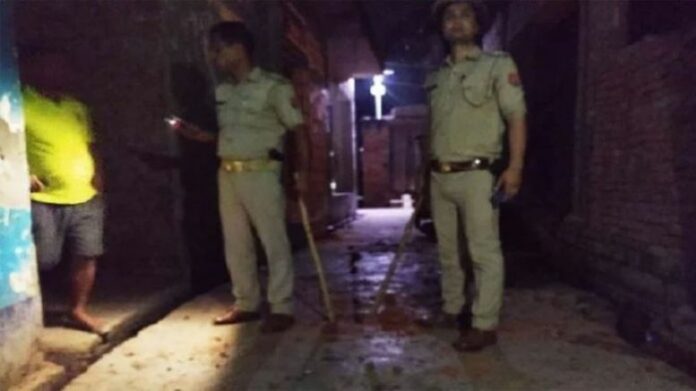 Clashes broke out at a Durga Puja pandal in Uttar Pradesh’s (UP) Firozabad between Muslims and Hindus celebrating Navratri. Reports indicate that the group of Muslims even abused Hindus belonging to the reserved classes who had erected the Durga Puja pandal on a roadside plot where devotees gathered to offer prayers daily.

On Sunday, a fight broke out between both the communities who were already at loggerheads with each other due to certain differences between them. Police arrived on the scene after receiving information regarding the incident. The police reportedly resorted to force to control the situation and a heavy police force was deployed to maintain calm in the area.

Allegations have been leveled by members of the Hindu community stating some Muslims resorted to consuming alcohol in the vacant plot close to the pandal and would resort to hurling abuses during aarti. These instances created tensions between the two communities and ultimately resulted in Sunday’s clash.

Available information suggests one Javed Ali parked his e-rickshaw near the pandal on Sunday evening and blocked the drain by placing a brick over it. A fight broke out when one Dara Singh raised objections to Ali’s actions.

Following this, members of both communities gathered there leading to clashes between them. A person named Ajay, who resides close by, alleged that members from the Muslim community had said that they wouldn’t let drain water from Jatav homes flow towards their residences.

Police denies reports of stone-pelting at the Durga Puja pandal

The Firozabad police, however, put out a tweet issuing clarification regarding the situation. They have clarified that news reports of stone-pelting are false and that the violence between both groups was in relation to the placement of the brick.

“The Police not only detained nine people but also seized e-Rikshaws that were parked close to the drain. Udayveer Singh Malik, station in charge, said that the investigation is underway and they would take strict action against the culprits”, reported OpIndia.