The Hindus revere Shakti. She is prakriti, the pure energy that manifests purusha, the pure being, or consciousness. Mata Sati, one such revered form of Shakti, is the Kula Devi (family deity) of several communities in north Bharat.

Sati Pratha is a Sanskrit term. Sati is the woman who adheres to Sat i.e., truth. Pratha means custom or tradition. Satitva is the power born out of Sat and Dharma that manifests in chastity, virtue, honor, sacrifice, humility, large-heartedness, courage.

This article focuses on Sati– the ideal and its practice.

The Hindu woman has symbolized Sat and Dharma. She has been called a Sati for demonstrating independence in her views and choice she makes even in the face of all odds. Rajasthan hosts annual melas commemorating the bravery of Rajput ancestors and in honor of the Jauhar performed by women to protect their honor from the hands of foreign invaders.

Sati Pratha is a multidimensional expression of the power, relevance, and reverence ascribed to Hindu women. Examples of Sati and their Satitva abound in our history. To name a few, the Panchakanya were revered as Mahasatis: Draupadi, Mandodari, Ahalya, Tara, Kunti.

They observed Pativrata Dharma by serving their husband with Tyaga and Seva – Bharat’s twin national ideals of renunciation and selfless service– not in meek resignation but in unswerving acceptance of a noble cause.

So intense has been the sense of responsibility to sustain Sanatana culture that a framework of Dharma had evolved to support it, which was enjoined equally on Hindu men and women. Applied to women, the dimensions included:

Pativrata Dharma: the wife’s fidelity and duties towards her husband.

Grihasta Dharma: the wife is Sahadharmacharini, her husband’s co-partner in preserving the Hindu cultural and spiritual values for the wellbeing of their home and the society.

Kula Dharma: the duty of the Hindu woman to continue to be a carrier of these values even when the husband is away on business or war or is deceased.

Swadharma: being fear-free in thoughts, the performance of duties, and actions in any situation even at one’s peril. (Bhagavad Gita 3.35).

Sati in our history

Sati Savitri was a princess who gave up her palatial comforts to live a hermit’s life in the forests with her chosen husband, Satyavan despite knowing that he is to die young. When Yama, the God of death, came to claim his life, Savitri not only wins various boons but her wisdom and tenacity finally make Yama give her the very boon he was so unwilling to grant – Satyavan’s life.

Thus, Savitri is venerated as Satitva and Dharma personified.[1]  In her honor, Vat Savitri Vrat is celebrated on the full moon day of Jyeshta (May-June) in northern and western states of Bharat.

In Madurai city of South Bharat, lived Sati Kannagi – the epitome of chastity and devotion to her husband, Kovalan. Her Satitva yielded her extraordinary power to avenge the wrongful killing of her husband. She is worshipped as Shakti-incarnate guardian goddess in the coastal regions of Tamil Nadu, Kerala, and Sri Lanka for three days during the full moon in Jyeshtha (May-June).

The Vana Parva of the Mahabharata narrates the Vyadha Gita, the story of an arrogant Sannyasi humbled by a devout housewife who then directs him to a Dharma Vyadha, the butcher, for his spiritual journey. Her Satitva– wholehearted devotion to her household duties – endows her with clairvoyance.[2]

Sati also means a woman who participates in war as Kula Dharma. Rani Lakshmi Bai of Jhansi, the widow of Gangadhar Rao, chose to put up a strong resistance against the British during the War of Bharat’s Independence in 1857. Rani Abbakka Chowta fought the Portuguese in the 16 century. Their valor and self-determination continue to inspire countless people even today.

Daksha’s daughter, Sati, gave up her body in the ceremonial fire to end the humiliation meted out by her father to her self-chosen husband, Shiva. The point to be noted is, Shiva was alive when she committed self-immolation.

One of Pandu’s wives, Madri, burnt herself on the funeral pyre of her husband.  She felt responsible for her husband’s death.

Some might be surprised to know that immolation was not confined to women alone. One version of Mahabharata cites that Vasudeva immolated himself on hearing about his son, Krishna’s demise.

But was immolation sine qua non for women? Of course not! The Mahasati (Panchakanya mentioned earlier) and many others like Kausalya, Kaikeyi, Sumitra, lived after their husband’s death. They were powerful symbols of the strong character of Satitva and Dharma to sustain, guide, and pass on the ancestral legacy to the next generations.

Among recent examples are Umca Satimata and Bala Satimata of Rajasthan.  After becoming widows, they lived without water, food, and sleep yet remained healthy until they passed away in the 1990s. Their adherence to Satitva was likened to that of ancient Tyagis’–  the power born out of it had kept them alive and was used for the public good.[3]  They provide evidence of an impressive continuity of our ancient Sanatana tradition.

The Rajputs fought to either win or else not to return alive from the battlefield. The wives of these soldiers performed Agnisnaan which preceded the husband’s death or her knowledge of it. Jauhar was a response to Islamic invasions and horrors women of defeated kings had to face.  They preferred death over dishonor. Such Pativrata is also called Sati.

The narrow meaning of Sati (widow-immolation on husband’s funeral pyre) came into parlance during the British rule. It was to be found amongst some of the Brahmin communities in Bengal.[4]

But the British colonizers and Christian missionaries projected a savage image of the Sati tradition to justify their vested interest of converting Hindus and using young widows as mistresses.[5]

Status of Widows in Hindu Scriptures

Nowhere do the Shaastras ordain self-immolation of widows on the husband’s pyre.

The Atharvaveda book 18 hymns 3 is recited by the priest in the funeral ceremony addressing a widow:

Choosing her husband’s world, this woman lays herself down beside thy lifeless body. Preserving faithfully the ancient custom, bestow upon her, both wealth and offspring.

Then, the deceased husband’s younger brother or someone willing to marry her says thus:

Rise up, O woman! Thou art lying by one whose life is gone. Come to the world of the living, away from thy husband and become the wife of him who holds thy hand is willing to marry thee.

Vedas recommend the direct opposite of self-burning – the return of the widow to continue to nurture family and society.[6]

Ahilyabai Holkar’s father-in-law dissuaded her from immolating herself on the husband’s pyre. He reminded that her marriage into the royal family made her duty-bound towards the subjects. Swadharma and Kula Dharma called her to take up the reins of the kingdom.

Ramayana mentions that Tara wedded Sugriva, the younger brother of her deceased husband, Vali. How and when widow remarriage became a taboo is not known.

Sincere efforts of Rajaram Mohan Roy and Ishwar Chandra Vidyasagar put an end to the aberration of the immolation of widows and made widow remarriage a legally accepted practice.

Sections of the Hindus continue to revere Sati Pratha in its Vedic essence. Forced immolation of Hindu widows driven by greed and/ or as an obscurantist belief – is an aberration and must be condemned. But what is the extent of its actual happening in Bharat? In his book, Immolating Women: A Global History of Widow Burning from Ancient Times to the Present, Fisch writes,

Foreign authors have given eye-witness accounts vehemently condemning its practice in other parts of the world.[8]

Abhorrent though it is, burning or burial of a living widow was not confined to Bharat alone. Says Elst,

Rulers in ancient China or Egypt are sometimes found buried with a number of wives, concubines, and servants. In pre-Christian Europe, the practice was related (directly, not inversely) to the status of women in society: ….Among the Germanic people, a famous case is that of Brunhilde and her maidservants following Siegfried into death. Yet, Indian secularists preferentially depict Sati as one of the unique ‘evils of Hindu society’.[9]

In all this, three aspects are of serious concern: One, blowing the actual numbers in Bharat out of proportion. Two, generalizing incidents as though common to the entire country. And three, the attempt to defame the entire Sanatana Hindu Dharma as obscure, ‘patriarchal’, and barbaric while simultaneously ignoring such and more horrific cases in other parts of the world, including ‘civilized’ Europe.

Such a distorted projection has caused young and old Hindus alike to doubt their own heritage. It is high time to clarify and imbibe the wisdom in the Indic way of life.

This notional correction, in essence, captures Sati and its Pratha.

[1]  R. Y. Deshpande. ‘The Ancient Tale of Savitri According to Mahabharata’. http://savitri.in/books/ry-deshpande/the-ancient-tale-of-savitri-according-to-mahabharata

[8] Ibid ‘The Struggle Against Widow Burning’.

[9] Koenraad Elst. ‘The Sati Strategy: How Missionaries Used An Extinct Practice As A Rallying Point To Christianise India’. 27 March, 2016. https://swarajyamag.com/reviews/the-sati-strategy-how-missionaries-used-an-extinct-practice-as-a-rallying-point-to-christianise-india 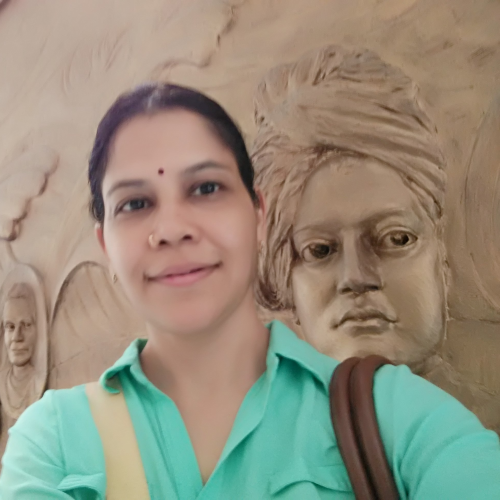