Did you know that Andhra Pradesh government finances construction of Churches? 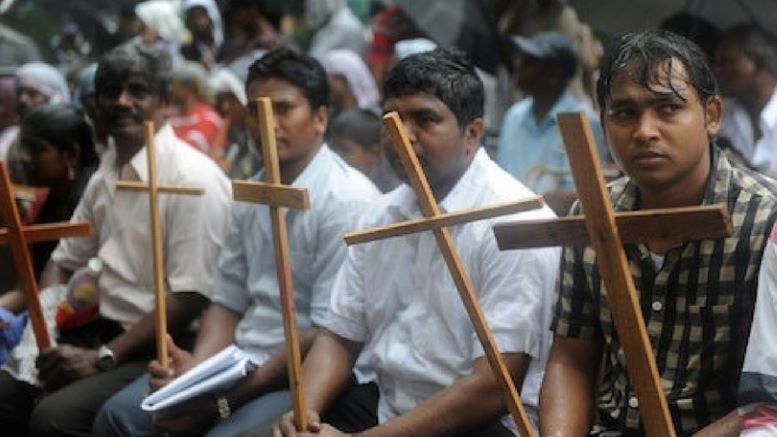 Recent spate of attacks on the Hindu temples in Andhra Pradesh has again shifted the spotlight on rapid Christian conversion in the state. The attacks have been continuous and the government is yet to apprehend and prosecute the culprits in most of these cases. According to N Chandrababu Naidu, since Jagan Mohan Reddy became CM, there have been a total of 127 cases of temple vandalism and desecration of murtis in the state.

Thus on one hand, there are weekly attacks on Hindu temples, on the other hand, Andhra Pradesh and Telangana government is providing grants to Christians to build or repair their churches. This is the perversion of secularism that the national media does not tell about. For example, this is a recent order from 29th of December, 2020 granting Rs. 10 crores for construction of new churches and repairs in old ones in Telangana. However, this is not something new. This started long back when the state was still part of Andhra Pradesh.

The grants to build churches is given through a government company called Andhra Pradesh Christian Minority Finance Corporation. This was established in 2008, when YS Rajasekhar Reddy, the father of Jagan Mohan was the Chief Minister. Perhaps, Andhra was the only state in the country to have such a body for welfare of only Christians. After the bifurcation, both the states have their own Christian Minority Finance Corporations.

The purpose of the body is to “assist the Christians community for their socio-economic development in collabration with Banks and other Development Agencies.” However what it does apart from the stated objective is what can only be called state sponsored promotion of the conversion to Christianity.

Apart from the usual schemes of scholarships, assistance to marriage etc, it also finances coaching for Christian students, construction and repair of churches, pilgrimage to Jerusalem and financial assistance to Christian institutions like hospitals etc. But that is not all.

The government also provides the Christian converts from SC, reservation benefits. Not only that, in case of inter caste marriage between Christians and SC, the couple is provided a grant of Rs. 50000/- for that. Clearly, as only Hindus can be SC, this is a clever way to promote inter religious marriage, which is almost always a Christian affair.

In the meanwhile, Hindu temples act as a source of revenue for the government. Tirumala Tirupati Devasthanams alone has an annual budget of more than Rs. 3000 crore, from which some money is used for temple administration and rest is planned to be parked in state and central govt securities. Basically, it means that Hindu temples are generating revenue, but not getting any benefit, while being controlled totally by the government. The government revenue is, in the meanwhile, spent on promotion of Christianity with no control over the Churches.

This has led to the present sad condition of Hindu temples in Andhra. Perhaps a more representative and autonomous body would have tried to revive the Hindu Dharma in Andhra. However, that is not in sight as of now.

Such a perversion of secularism, where one religion is given all the financial help and facilities for its propagation and growth, while the other is hamstrung by government control is difficult to find elsewhere. Even in Bharat, such an arrangement should be shocking. However, the minority appeasement practiced by so called secular parties stop them from point out this atrocity.

It must be remembered that the Somnath temple was not built by government funds as a Christian wrote a letter saying that in a secular state, government should not fund a religious building and Gandhiji insisted on it due to this reason. Similarly, in case of Ram Temple at Ayodhya, Government of Bharat symbolically donated Rs. 1 as a matter of goodwill, but no more. However, all these notions of secularism are thrown away when the building to be constructed is a Church.

It is time the Hindus of Andhra and all over Bharat open their eyes to such blatant use of government money in Christian conversion. An honest judicial scrutiny of these schemes might lead to them being declared unconstitutional. However, first Hindus should be determined to bell the cat.