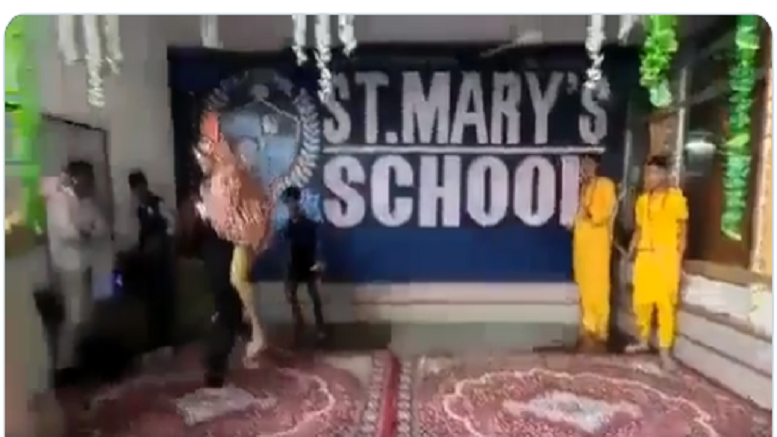 Contents of the letter are reproduced below –

“I write to you with deep anguish in view of the Videography of Ram Leela parody skit function which was held in DAV School and St Mary school located at Tohana, district Fatehabad, Haryana on the occasion of Diwali Festival which is clearly showing insult and making fun of sentiment of Hindu religion and MAA SITA AND PRABHU SHREE RAM JI.

Diwali symbolizes the spiritual “victory of light over darkness, good over evil, and knowledge over ignorance”. Diwali, the festival of lights, is one of Hindu Dharma’s most important festivals dedicated to the worship of Devi Lakshmi, the Hindu goddess of wealth. Diwali is the day Sri Rama, his wife Sita Devi and brother Lakshmana return to their homeland after 14 years in exile. The villagers lit a path for Sri Rama, who had defeated the demon king Ravana.

Hence it is requested to you to kindly take cognizance of the same and issue necessary guidelines and disciplinary action against the schools as per law and order so that in future the same kind of act cannot be performed by such institutions. We thank you for your attention to this important matter.”