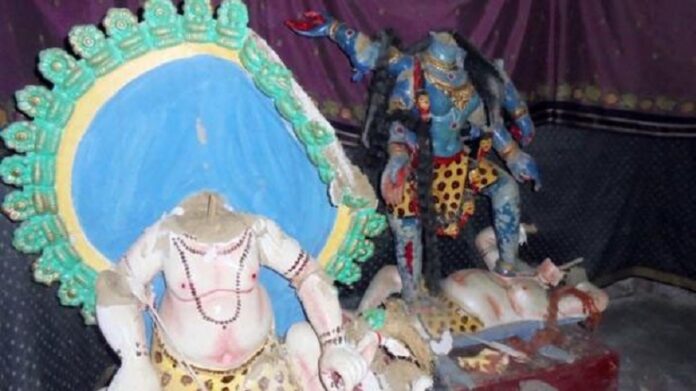 The scale of the anti-Hindu violence that has swept across Bangladesh has left the entire world stunned. Now, individual stories are coming out that show how disparate sections of society, including the so-called ‘educated’ class were at the forefront of this pogrom.

Bangladesh police has detained a 22-year-old college student named Ahnaf Tousif Mahmud Labib in connection with the sabotage in the Kali temple in Feni on Saturday.

Labib, son of Saifuddin Mahmud and a student of Feni Government College, was the instigator and planner of the incidents. During preliminary interrogation, he told police that he, along with two of his friends named Munna and Shafi, offered Maghreb prayers (evening prayers as per the 5-time daily namaz schedule) and then went to the Kali temple with a bottle of petrol. They beat the priest of the temple severely and threatened to set the temple on fire.

They also insisted the priest wear a lungi instead of a dhoti and forced him to utter some verses from the Quran.

Police is filing cases against Labib over sabotage and insulting religious sentiments. CCTV footage has also been collected.