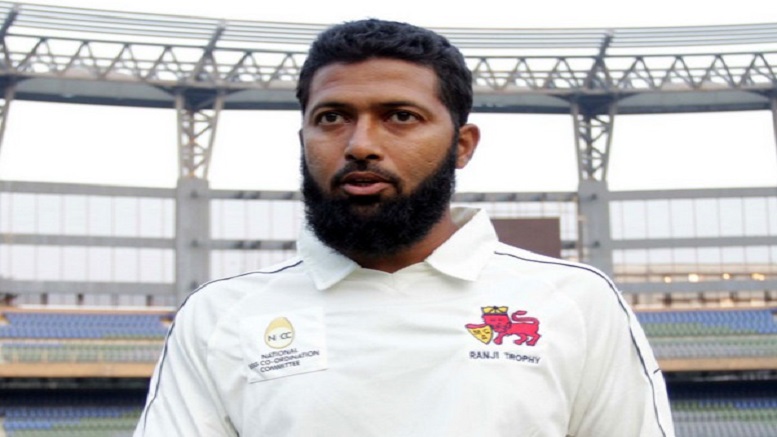 Uttarakhand coach Wasim Jaffer has become the central focus of a new controversy in Uttarakhand. The former Mumbai and Vidharbha player, who has also played for Bharatiya cricket team, was appointed coach to the Uttarakhand cricket team in June 2020 on a hefty payment of Rs. 45 lakhs a year. He was given the responsibility on strength of his record in domestic cricket, where he is the all time top run scorer in Ranji Trophy.

However, he had resigned a few days ago, citing interference in his work and not being consulted in team selection. However, there is other side to this story that has shocked the people of Uttarakhand.

According to officials of Cricket Association of Uttarakhand, including secretary Mahim Verma and chief selector Rizwan Shamshad, all the allegations of Wasim Jaffer are untrue. They have revealed many details of how Wasim worked to promote Islam and Muslims in the Uttarakhand cricket team.

According to Mahim, Jaffer brought players Iqbal Abdullah, Samad Salla and Jay Bista as guest players. Then he insisted that Iqbal be made captain of the team. Deferring to his wishes, Iqbal was made captain, replacing Kunal Chandela. However, the performance of the team in Mustaq Ali Trophy was abysmal and team lost 4 of its 5 matches. On making Chandela captain for Vijay Hazare trophy, Jaffer resigned. It must be noted that team selection is not the job description of coach, but of selectors.

However, this is not all. According to support staff of the team, Jaffer twice called Maulvis to the camp for the players. The Maulvis were to administer Namaz to players and Jaffer. During the camp, Jaffer also changed the slogan of the team. The team had been using “Ram Bhakt Hanuman ki Jai” as its slogan. Wasim had an issue with it, so “Uttarakhand ki Jai” was suggested. However, Jaffer objected to “jai” and this was changed to “Go Uttarakhand!” To promote Iqbal, he insisted that opener Chandela play in lower order. This incident was related by the team manager Navneet Mishra.

This is not the first time, such news has come to light with regard to Wasim Jaffer.

In the above video shared on YouTube by Al Falah Official, former Pakistan cricketer Inzamam Ul Haq is heard saying that he, Saqlain Mustaq and Wasim Jaffer took a lead in promoting “Dawah/Daawat” i.e. inviting others to convert to Islam in England. Although daawat also means feast, in Islamic context it means an invitation, to accept Islam. This often accompanied a feast. In fact, in that video he also claims that he called Brian Lara to home of Muhammad Yusuf and invited him to Islam over a dinner! Later on, he also describes the goal of Islam i.e. no one in the world should remain a non-Muslim.

It is highly probable that Jaffer, who took it upon himself to spread his religion in England, also would have tried the same in Uttarakhand. It is not known if the Cricket administrators know about these activities of Wasim Jaffer. However, these should not be allowed anywhere in the country. Jaffer has resigned from Uttarakhand today, but he might go and join as coach in another state someday. He will definitely try these same things there.

The activities of Jaffer should have been the talk of the town, but no English newspaper or portal has covered this. In fact, in Hindi too, only selected newspapers have covered the same. This self censorship in reporting such issues is another issue we should ponder about.