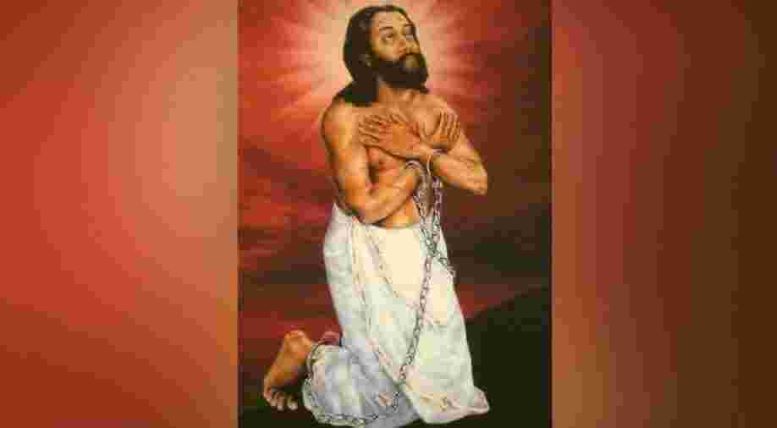 The Church has been popularizing the myth of Devasagayam Pillai, and keeping with its propaganda, it is attempting to defame the Travancore royal family. It was the Roman Catholic missionaries’ ploy to purposely attack Bharat’s Hindu roots so that it could convert the natives to Christianity. The Church has made Maharaja Anizham Thirunal Marthanda Varma, the then ruler of the Travancore kingdom, the fall guy.

The allegation is that stories are being purposely planted by the missionaries to defame Hindu royals. The current members of the royal Gouri Parvathi Bayi and Gouri Lakshmi Bayi have reportedly written to the Pope, objecting to Maharaja Marthanda Varma’s characterization. They have also expressed anguish over the sustained campaign against their ancestor.

The royal family employed Pillai, and the Church has been insinuating that Maharaja Marthanda Varma had Pillai executed because he converted to Christianity. The royal family also highlighted that they have historical documents and evidence to prove that Pillai was punished for reasons other than conversion.

The Vatican’s media portal describes Pillai as a ‘martyr’ whose conversion didn’t go well with ‘heads of his native religion’. The story further says that Pillai was not just removed from the royal administration but also falsely charged with treason and espionage. “He was imprisoned and subjected to harsh persecution. A Catholic for only seven years, he was shot dead in the Aralvaimozhy forest on January 14, 1752”, the Church story claims.

The Travancore Royal family has refuted these claims of the Church. “His association with the enemies of Travancore like the Dutch and disloyalty to the crown could never have been condoned. Against Devasahayam, there were other allegations of serious nature, which we are intentionally avoiding”, they have alleged in their letter.

According to R Sanjayan of Kerala-based Bharatheeya Vichara Kendram, the dominant narrative of Devasagayam Pillai is part of a campaign to malign Hindu kings. He believes that the missionaries have painted a picture of Kerala Hindu kings being intolerant and putting their officials to death for converting to Christianity. Sanjayan also brought to light that the Church has been making these baseless allegations without providing any historical document or evidence to back their claims.

Even the ICHR (Indian Council of Historical Research) has called out these false allegations of the Church. “Managers of the beatification of the mythical hero Devasahayam were deliberately popularising stories to defame the Hindu society of Travancore, particularly the Brahmins and Nairs”, opined CI Isaac, a member of ICHR.

“The stories popularised by the Church regarding the conversion and end of the mythical hero through internet, print, and visual media are abusive to the noble Hindu tradition of the land. Issac reiterated that he, despite being a Christian himself, condemned malicious attempts to paint the royal family in a poor light”, notes The Print.

HinduPost had earlier highlighted the terrible plan behind the canonization of the fake saint Devasagayam. During the colonial period, Christian missionaries wrote and spread false adventure stories to spread Christianity among the local people. This has been done in many countries since Bharat. There is even a template for these adventure stories! The villains are the native people! They will be portrayed as savages, worshipers of Satan, and oppressors of the poor.

Later it was written that the story’s hero spread Christianity and upheld social justice and that some local miscreants who did not like it killed the Christian hero. When the locals hear this story, they feel hatred for themselves. There will be hatred over their culture. It also gives the impression that Christianity has elevated their status. Utilizing this, Christian missionaries will create a cult similar to Sai Baba around the hero of the adventure story.

If the cult has become very popular among the locals, they will declare the title of sainthood. By that time, the cult would have become popular among Hindus too. Even if the canonization is announced, the title will be given only after a year of dragging. Do you know why? Until then, they will keep on talking about that person. The plan is to spread the story of anti-indigenous people across the country, make the respective people hate their culture, and support Christianity.

That is what they are currently doing in ‘Devasagayam’.Christian adventure stories, in general, can be divided into two types. One is a false story written with a real character. The second is a fake story written with a second fake character! The story of Devasagayam is an example of the second type! The Travancore royal family has rightly opposed the Church’s deliberate attempt to defame Maharaja Marthanda Verma.

Christians conduct prayer meeting in front of temple in Andhra, Govt claims it is a ‘secular’ space