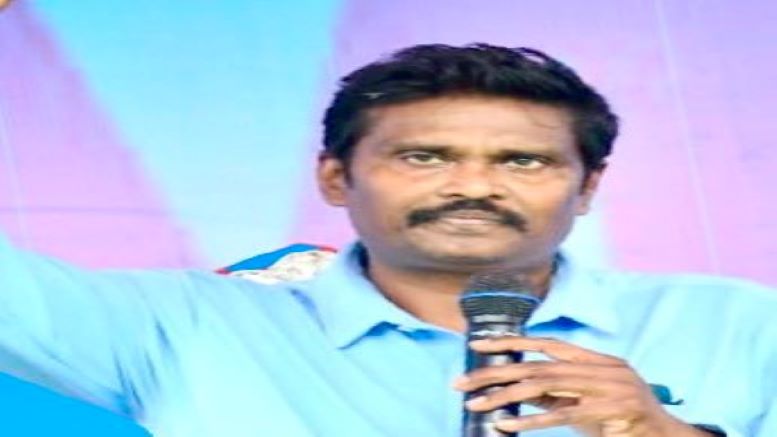 A video of PV Sunil Kumar, Andhra Pradesh’s Additional DGP of CID, who has been handed over the charge of investigating the Ramatheertham incident, shows him not just admitting that he is a Christian but also thanking the missionaries who came with the British.

He is Mr.Sunil Kumar IPS, CID chief of #AndhraPradesh -openly admitting that he is Christian & promoting Christianity.
Now investigating cases of vandalising of Hindu Deities and Temples in AP. Can Hindus expect fair investigation from a Hindu basher? @Sunil_Deodhar pic.twitter.com/P9GcpXTXOH

In the video, Kumar says “later the British arrived, they gave us (who had no Gods) a God to worship. They built churches for us as we didn’t have permission to enter temples. They said our (Christian) God is here, please come and opened the gates for us. It is due to them that our parents and grandparents received education. Hospitals were built”.

Sunil Kumar has founded an organization named Ambedkar’s India Mission and says that he represents the SC Mala community. The organization was started demanding separate Dalit Panchayats in Andhra. In the above video, however, Kumar accepts he is a Christian.

Considering the possibility of Christian evangelist involvement in temple attacks, would Kumar conduct a fair and free investigation and bring the culprits to justice? An evangelical CM and a Christian IPS officer helming the investigations is probably not ideal for Hindus.

Only time will tell whether the culprits will be brought to book or the probe will be conveniently scuttled.