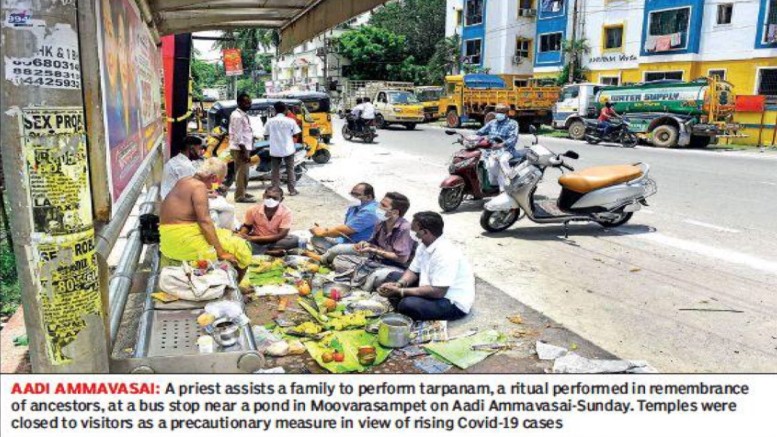 As many Hindus arrive at the temple to perform shradh on the occasion of pitru paksha, the goons are said to have started harassing them to pay more than usual for the rituals. While it took only Rs.30 earlier, now the goons allegedly force them to choose one of the packages ranging from Rs.300 to Rs.500.

These goons are said to be carrying the photo of MK Stalin in their see through shirt pockets. TOI quoted a devotee as saying, “The packages are offered at a premium price several times of its normal charges with one among the individual dictating details with arrogant voice. While one signboard in the mandapam warns the public against approaching touts for the rituals, another board on the next window prominently features the name and the contact number of the person for rituals to be conducted for the departed souls.”

Meanwhile performing shradh at temples and water bodies is banned on Mahalaya Amavasya. In the Tamil month of Aadi as well, access to temples and water bodies was banned by the DMK government and Hindus had to perform shradh on streets. The attempts to force Hindus into giving up such rituals eerily reminds one of Christian missionaries. The first thing missionaries force neo converts to give up is performing rituals, and especially shradh, as they don’t believe in the after world and rebirth. As the CM himself had said that his government was formed by Christians.