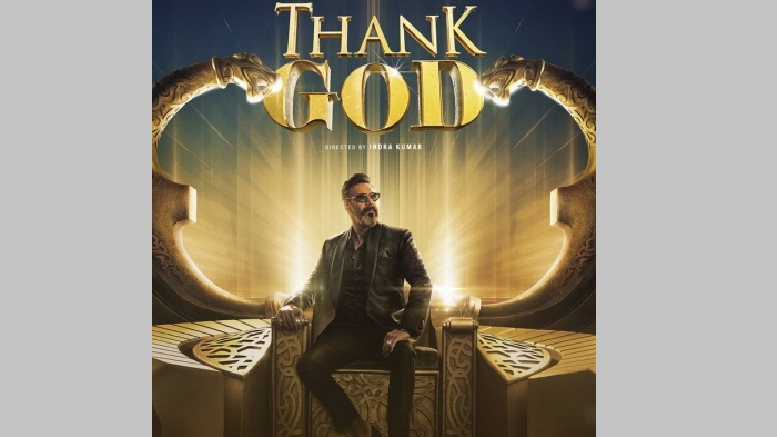 A case has been filed against director Indra Kumar, actors Ajay Devgn and Siddhartha Malhotra, in a Jaunpur court by lawyer Himanshu Srivastava.

The petitioner’s statement will be recorded on November 18.

According to the petitioner, the film’s trailer which has been released, mocks at religion and has hurt religious sentiments.

In his petition, Srivastava said that Ajay Devgn, wearing a suit, is seen playing Chitragupta and in one of the scene he is seen cracking jokes and using objectionable language.

“Chitragupta is regarded as the Lord of Karma and keeps a record of a man’s good and bad deeds. Such depiction of Gods can create an unpleasant situation since it hurts religious sentiments,” the petition said.

The film ‘Thank God’ is slated for an October 24 release.