Brilliant fireworks display in Ayodhya and New York for Diwali 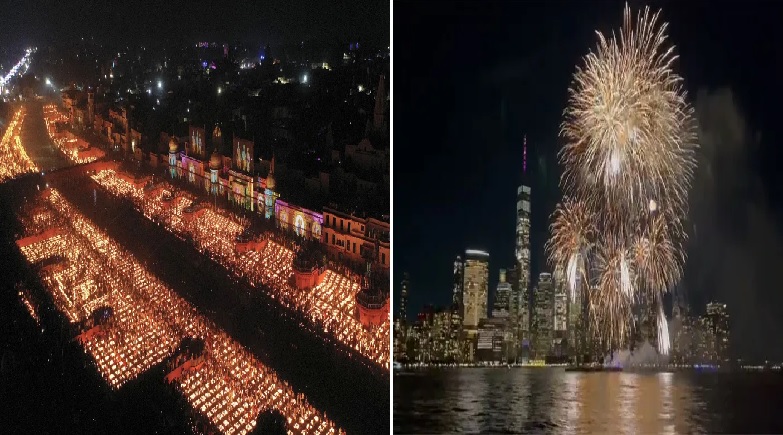 Hindus throughout the world are celebrating Diwali today. The festival which spans over 5 days, with today marking the triumphant return of Bhagwan Ram and Maa Sita to Ayodhya, denoting the victory of good over evil, has been celebrated with fireworks for centuries.

Ayodhya was also illuminated on November 3 with nine lakh earthen lamps. Ram Ki Pauri was lit with innumerable oil lamps, laser shows and crackers on the occasion of Deepotsav.

This was the first time that New York City has hosted a Diwali fireworks show. Until now, the only approved fireworks event was the July 4th Independence Day.

Netizens shared photos of Diwali fireworks being sold in large US retail chains like COSTCO this year, not missing the irony that in Bharat Hindus are having to wage a legal battle to burst crackers.

For a change, even star cricketer Virat Kohli gave a normal, pleasant greeting on Diwali, one not laded with environmental messaging or sermons as has been his norm. Netizens thanked him for it!