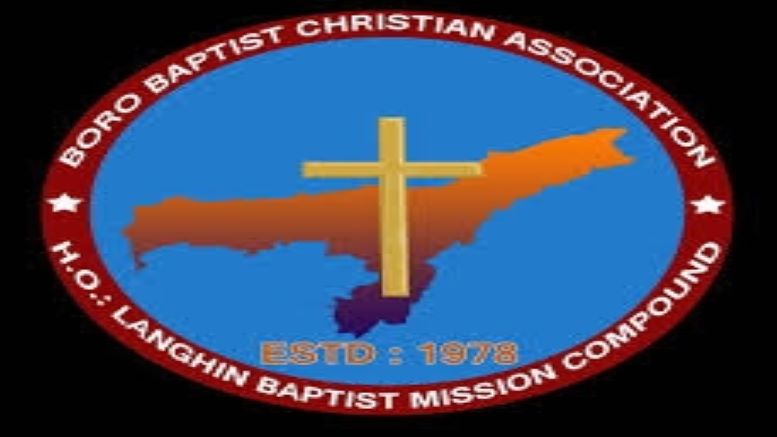 Legal Rights Observatory in its new expose has brought forward the anomalies in the utilization of FCRA funds received by Boro Baptist Church Association (BBCA). Founded by American Baptist Missionaries in 1927 and later nurtured by the Australian Baptist Missionary Society (now known as Global Interaction) it is based in Bodoland, Assam.

Its mission is to ‘build Christ-centered churches and the kingdom of God through recruiting, training, nurturing, sending and evangelizing to the lost souls‘. To establish and conduct denominational schools, colleges, and hostels and to educate students for the service of God and be effective future leaders are its objectives.

Its own website says that ‘BBCA is working in partnership with Baptist World Alliance, Global Interaction (Australia), Asian Pacific Baptist Federation, Seva Bharat, Missionaries Upholders Trust, Inspire India (Children Festival) and Tura Baptist Church in Church Plantation‘. In 2011 Baptist World Alliance pledged support for the Naga reconciliation process and struggle for sovereignty. It assured that the issue will be taken to every nook of the world and all the 120 nations under Baptist World Alliance agreed to make it their focus through prayers. Its president Paul Meszia who is like the pope for Baptists was denied Visa to visit Meghalaya in 2018.

Missionaries Upholder Trust registered in Chennai has received INR 26.5 in the 2018-19 financial year with a brought forward balance of 1.27 crores. It has received 2.4 crores in the last five years for religious purposes. This organization runs ‘Rest Houses’ in TN. BBCA proudly flaunts on its website that it has converted more than 17,000 natives of Bodoland. LRO stated in its tweet that BBCA has received 3.15 crore and accused its general secretary Arjun Pasumatri of using it to gain political clout.

BBCA is said to have received 35 lakhs for the purpose of celebrating Independence Day and Republic day. But no proof for such celebrations can be found on their social media pages or website while they post about all other events regularly. So LRO has raised suspicion that the money could have been used for some other purpose which is violative of the FCRA rules.

Seva Bharat with which BBCA is associated was earlier flagged by LRO for indulging in missionary activities. Operating in TN, AP, WB, etc it received w whopping 18 crores in a single year through FCRA. Even though it has received 164 crores in the past ten years through foreign contributions curiously it doesn’t even have a website. It has been known to those who observe evangelist activities through foreign funding that such organizations that create a big impact on the ground keep out of flaunting their works so as to avoid detection.

This Seva Bharat is mainly funded by Mission India located in Michigan, USA, which donates to another organization Letha Charitable Trust as well. Both Seva Bharat and LCT are registered under the same address ‘DTK Hospitality & Tours Pvt. Ltd., Ashirwad Global Learning Centre, Ranga Reddy District, Hyderabad’. These organizations were exposed by IndiaFacts way back in 2014. Mission India often shows Bharat in poor light and derides Sanatana Dharma on its website and social media pages.

Mission India’s partners conducted 10 days bible class for children during Covid-19 induced lockdown. It was ranked as a Top Rated NGO by Great Non-Profits that monitors US charity organisations. It also remits money to Bharatiya partners under another organisation Advancing India which is nothing but the assumed name of Mission India.

Seva Bharat is run by one Dr Chiranjeevi and his wife Rev.Dr.Kamala Chiranjeevi. As Seva Bharat doesn’t have a proper website or social media page, their activities can be only deduced from Mission India’s website. They conduct Bible classes for children, train people in church planting and are involved in adult literacy through Bible lessons. On their website, some conditions are mentioned as requirements to partner with them. Being married, being able to baptize 200 people in a year and “visiting” 600 families in a year are some of those requirements.

As LRO has flagged both Boro Baptist Church Association and Seva Bharat of using foreign funds for nefarious activities and written to the Home Ministry about it, hopefully, the concerned agencies look into their background and act swiftly.