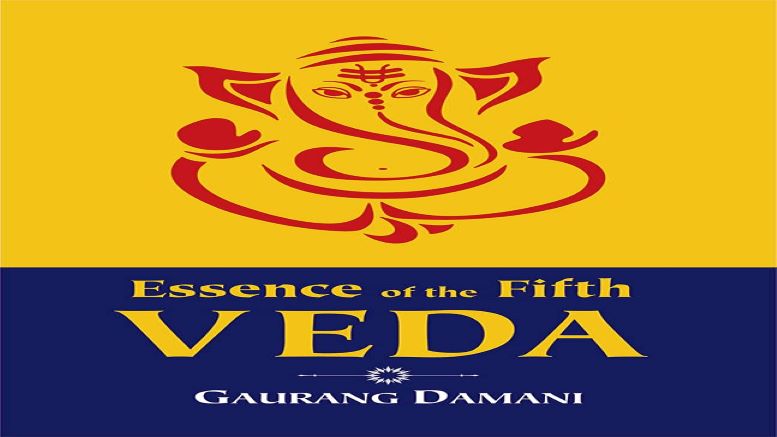 It is rare to come across a book that captures the essence of Ramayana and Mahabharata, Bharat’s foremost itihas granthas, along with providing geographical information making it relatable to present-day places known to us. The essence of the fifth Veda by Shri Gaurang Damani is a book that narrates episodes from the itihas granthas in addition to relating places mentioned in them with their present locations.

The book is divided into three main sections – one on Ramayana, one on Bhagwan Krishna, and the third on Mahabharat. Several of the stories/episodes are probably known to most of us but there are several legends that we didn’t know about such as the one about Vedavati as Maya Sita. It also provides context to several events aiding our understanding of why certain events unfolded in the manner in which they did. The chapter on Ravana’s sins shows why only knowledge isn’t enough to make one a civilized person.

The section on Ramayana ends with the chapter explaining the philosophy of Yoga Vashishta. The entire philosophy has been summed up very beautifully such that even a layperson can understand it. To capture the whole of Yoga Vashishta in about 5-6 pages is a remarkable feat.

The section on Mahabharat begins with the narration about which Asura and Deva have been reborn as whom. The chapter on Arjuna winning two space wars talks of his victory over the Asuras as also his obtaining celestial weapons and Apsara Urvashi’s curse that would aid him during their thirteenth year of exile. One chapter each has been dedicated to the Kaurava and Pandava akshauhini.

Chapter 12 in the third section is wholly devoted to the Bhagvad Gita. Summar of the Gita is the highlight of this book. The next five chapters cover the various episodes of the war while the post-war scenario has been dealt with in the last four chapters of this section.

The simple and comprehensible language used along with the speedy narration makes the reading both enjoyable and informative. The maps giving the present-day locations of these historical events is another major plus point of this book. It won’t be far-fetched to call the book a summary of Ramayana and Mahabharat. The Essence of the fifth Veda is an ideal starting point for all those who wish to read Bharat’s itihas granthas.