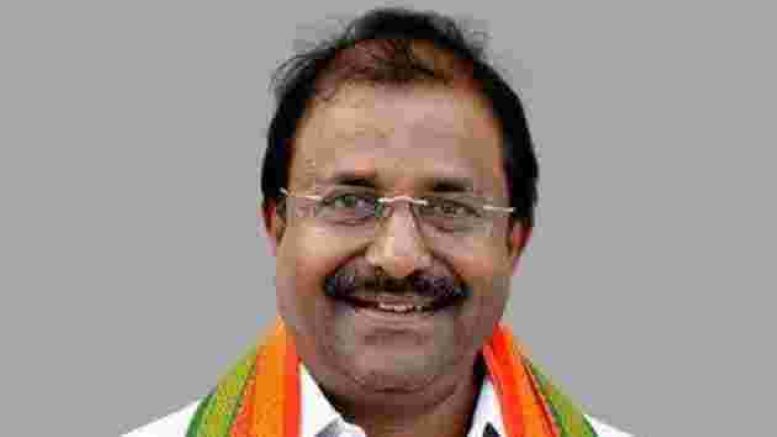 BJP State Unit President Somu Veerraju and several other BJP leaders were taken into custody and put under house arrest in Vizianagaram on Tuesday when they arrived there to undertake a Dharma Yatra in order to register their protest against the desecration of the 400-years-old Bhagwan Ram’s vigraha in Ramateertham recently.

Veerraju and other BJP workers were dissuaded by the police from undertaking a rally to the Ramatheertham mandir to register their protest citing that the area had been placed under Section 30 (regulation of public assemblies and processions) of the Police Act. The BJP state president was then taken to the Nellimarla police station.

Following the arrest, workers belonging to the Jana Sena Party and the BJP sat on the road objecting to the BJP president’s arrest. Veerraju issued a statement to the press before his arrest saying “the call for Dharma Yatra was given well in advance and we had informed the police too”. He added that he was being arrested despite the party having already obtained permission for the yatra from the police.

He also put forward the allegation of police obstructing Jana Sena and BJP leaders from visiting the temple but permitting both YSR Congress and TDP (Telugu Desam Party) leaders to visit the temple due to political compulsions.

The police also put several BJP leaders under house arrest across several parts of the state including Visakhapatnam. Among those detained by the police under house arrest were Former Andhra BJP president Kanna Lakshminarayana, former MLA P Vishnukumar Raju, and official spokesperson Suhasini Anand along with 23 other BJP leaders. BJP MP CM Ramesh and the party’s ex-state minister Kamineni Srinivas were locked inside BJP’s Visakhapatnam office.

BJP leader Yamini Sharma Sadineni was manhandled by the AP police when she visited the 1000 years old temple at Addanki along with fellow Hindu devotees. The video shows police dragging Yamini dragging the BJP leader even though there is no provocation or any public disturbance by either Yamini or any of the other Hindus gathered there.

Christians ask Hindus to get lost as they have purchased entire hill. Hindus barred from visiting hill top shrine existing since ages. Tahsildar denies any such purchase/allotment but is blind to all constructions.
This is the fundamental rights Hindus have in AP.#noconversion pic.twitter.com/8v0ELuo74h

Hindu devotees were stopped by Christians from visiting a hilltop mandir stating that they had purchased the hill. The Tahsildar denied having granted permission for any such purchase. However, the Christian evangelicals are seen carrying out constructions and encroaching temple space. No action has been initiated against the encroachers.

In the meanwhile, evangelical Christian CM Jagan Reddy has alleged a conspiracy to malign his party and government’s image by orchestrating attacks on temples and called for naming and shaming those involved in the conspiracy. He is believed to have asked the police authorities to take strict action against the culprits.

Even as CM Jagan Reddy calls this a conspiracy to malign his government, temples continue to be attacked and Christian evangelism is on the rise in the state while the state machinery conveniently looks the other way.