The DMK government in Tamil Nadu had earlier closed temples on occasions like Aadi Perukku, Aadi Krithigai and Fridays citing the possibility of rise in Covid-19 cases. Now it has denied access to temples and water bodies for those who want to perform shradh for their ancestors on Amavasya. Amavasya that falls in the month of Aadi is special and those who could not perform Pitru Tarpan for their parents and ancestors on their punya tithi would perform it on Aadi Amavasya. Hence it is an important occasion in the Hindu calendar.

Last year the whole country was under lockdown till the end of July and in TN, places of worship were opened only after August 20. At that time TN reported nearly 6000 cases a day. After the second wave ran its course, now it oscillates between 1800-2000. Even with such a low count temples are closed for public darshan.

Notably, churches and mosques which draw more crowds on Fridays and Sundays respectively were not asked to shut down. But the government’s order to close prominent temples that draw crowds was extended to even medium and small temples by bureaucrats. Punya tirths like Rameshwaram Agni Tirtham, Thiruvaiyaru, the banks of Cauvery, Vaigai and Tamirabarani were cordoned off. 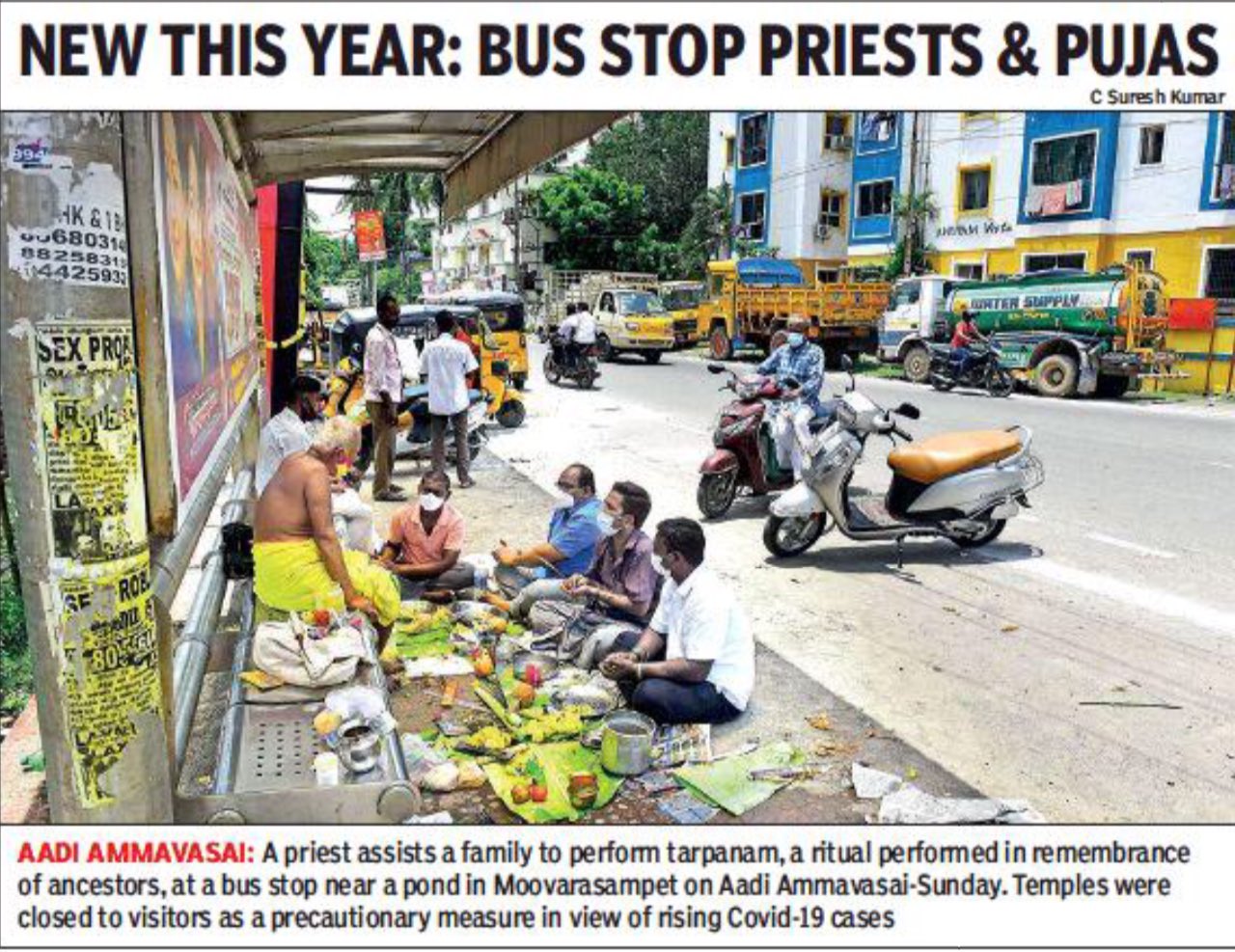 As a result Hindus had to give tarpan on streets and bus stops. Many could be seen sitting in front of the closed temple doors, thronging the houses of brahmins who guidee in giving tarpan and some were left on the streets wondering what to do. Meanwhile the annual festival of Our Lady of Snow(Panimaya Matha) was held with pomp and the district administration even announced local holidays for it.

A Christian prayer meeting was raided in Madurai after the organisers evaded the police flouting the rules set by district administration. While Christians are given leeway Hindus who were standing in front of the closed temple gates to pray were harshly treated by the police. When performing shradh itself has become difficult in DMK rule, one can only expect even worse things in the upcoming days.