Anti-conversion bill: Right to religion not right to convert 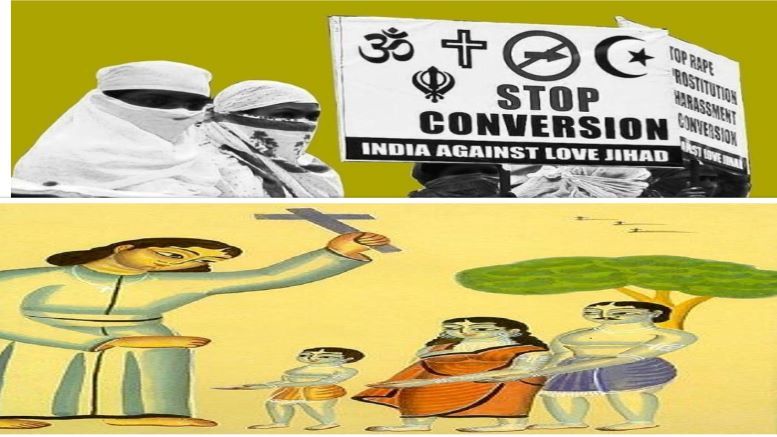 Karnataka Home Minister Araga Jnanendra recently said that the anti-conversion law likely to be introduced by the state government during the upcoming winter session is only meant to ensure that no forced conversions take place. The law would have penal provisions and those wanting to convert would have to file an application two months in advance with the Deputy Commissioner.

Article 25 of the Consitution

In his detailed piece, Vicky Nanjappa brings home the point that the right to religion doesn’t amount to the right to convert. The bill is being opposed from various quarters even before it has been introduced in the assembly. Those opposing the bill are citing Article 25 in their defense stating that the law would violate provisions of the right to religion as enshrined in the Article.

Though the state cannot interfere with religious matters, it can regulate religious matters and activities associated with those practices. The apex court has also highlighted the limitations on the freedom to practice religion as provided by Article 25. It had stated while ruling in the Digyadarsan Rajendra Ramdassji Vs State of Andhra Pradesh case that the right to religion translates to the right of communicating one’s faith to another.

This essentially means the constitution provides for propagating one’s religion but not for converting others much less through forcible means or inducements. Similarly in the Rev Stanislaus Vs State of Madhya Pradesh, the Supreme Court (SC) made it clear that the freedom of religion guaranteed by Article 25 applied to every citizen of the country and not merely followers of one particular faith.

It postulated that if one deliberately attempts to convert another person to his religion, as distinguished from his effort to transmit or spread the tenets of his religion that would impinge on the freedom of conscience guaranteed to all the citizens. Therefore, those taking refuge in Article 25 of the Consitution should remember that freedom of religion is equally guaranteed to each citizen of Bharat and it doesn’t amount to the Consitution permitting one to convert others.

Several states have brought in anti-conversion laws to ensure that vulnerable people aren’t forced to convert. Recently, Karnataka’s BJP MLA Goolihatti Shekar demanded action against Christian missionaries operating in the Hosadurga Assembly constituency for allegedly carrying out rampant religious conversions. He further said Christian missionaries have even got his mother converted to Christianity.

Speaking on the floor of the state Legislative Assembly on Tuesday, he said, “Christian missionaries are indulging in rampant religious conversions in Hosadurga constituency. They have got as many as 18 to 20,000 people converted to Christianity from the Hindu religion. The Christian missionaries have converted my mother and she has been told not to wear ‘kumkum’ (Vermillion) on her forehead.

“The ring tone of my mother’s cell phone has also been changed to Christian prayers. We are finding it difficult to perform ‘puja’ (worship) at home. It has been very difficult for us. If we try to tell her anything she says that she will end her life,” Goolihatti Shekar said. The Christian missionaries are even managing to lodge false atrocity cases and rape cases on those who questioned them through those converted from Scheduled Caste and Scheduled Tribes. The government should take action in this regard, he urged.

The Christian missionary mafia has deepened its tentacles in Karnataka, with a spate of incidents coming to light recently in which conversion agents were found violating the sanctity of local communities and their Hindu religious beliefs. This underscores the need for an anti-conversion law in the state.