Andhra: Pastors film children, fake them as orphans to collect funds for their NGO 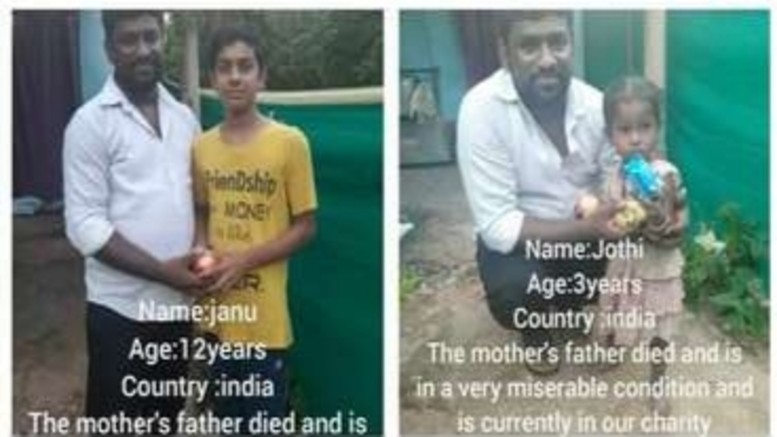 Pastors who filmed children and posted it on Facebook to collect funds from foreign countries were caught red handed in Andhra Pradesh. Children from well-to-do families were shown as orphans with mental instability to beg for funds from abroad. 3 pastors involved in this racket have been booked by the police.

On July 30th villagers of Thukkulur in Vijayawada spotted some people distributing fruits to their children and clicking their pictures. Later one of them came across posts on Facebook with the children’s picture saying that they were orphans and mentally challenged. The post claimed that Mother Teresa Children Seva Trust, an NGO takes care of 50 such children’s needs. Enraged by this, the villagers caught Boddu Srinivasa Rao who runs Mother Teresa Children Seva Trust while two other pastors managed to escape. They handed him over to the police and it was found upon investigation that the pastors posted fake pictures of social service on social media to create a narrative and attract donors.

They posted photos of even kids from reasonably well-to-do families and termed them ‘mentally unsound’ orphans. They flashed their bank account number and Gpay id with the photos to beg for funds. It is suspected that they cheated people of lakhs of money. They have been booked for cheating and police are on the lookout for the other two pastors.

Many missionaries have been using the photos of innocent children to collect funds through social media. As child rights bodies do not pay attention to this specific aspect of child rights they lead to horrible instances of pedophiles like Richard Huckle getting access to children. Perhaps it is time that a provision is added in the laws to prevent the usage of children’s photos for such purposes as it not only paints an incorrect image of the situation in Bharat but endangers the precious lives of children as well.