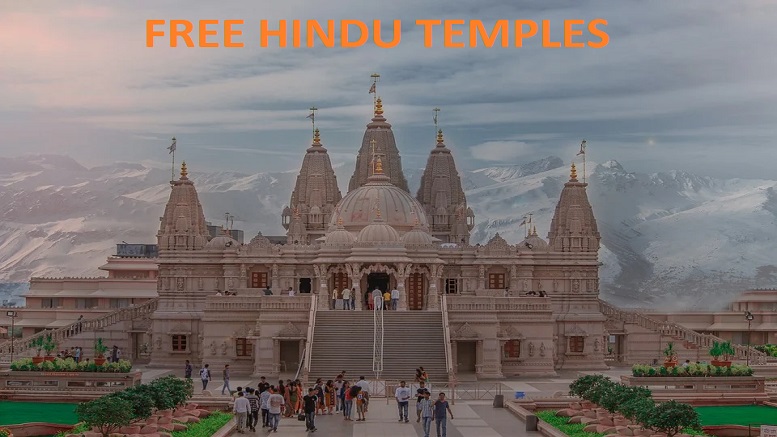 “The government believes that it should not meddle in matters regarding temples and their management should be left to the faithful. The communist party is out to destroy our culture and traditions. The atrocities that were heaped on devotees of Ayyappa visiting the holy Sabarimala Temple would not have happened anywhere else in Bharat.”

Shah’s words about devotees handling temples might have sounded contradictory to many living in neighboring Karnataka or even far-flung Uttarakhand or Himachal Pradesh. The BJP is running governments in these states and has had multiple Chief Ministers and yet even today they meddle in temple affairs while conveniently ignoring the gross concerns that have enveloped other places of worship, especially the Church and the Mosque. A small consolation would be the reality that at least those in charge of affairs would be from the BJP and except in rare cases, mostly Hindu.

In Kerala, temples are run by atheist communists who are raging Hindu-haters. Such leaders are also helped by Islamic Jihadists who have infiltrated the rank and file of the current-day communist party and even the highest echelons of power. These leaders have no qualms in using brutal police force to enforce their strict diktats and have shown us that they are prepared to use every trick in the book to annihilate Hindu Dharma and with it, our temples.

They do it using extreme violence sans any talks or consultations but not when it comes to other religious places of worship. What is lost is lost, but Hindus better get their act together and vote accordingly, this time around. The Home Minister reminded Keralites that it was the Kerala police that had given their own protective gear to disguise communist cadre and activists like Rehana Fathima in their quest to defile Sabarimala Temple.

The cries to free Hindu temples just like churches, mosques and gurudwaras are run by their respective communities, have been growing and have reached a fever pitch. The central government in power for the past seven years is known to follow up on its promises and its election manifesto and should prioritize this request by crores of devotees. If they fail to do so, temples will suffer and so will Hindu Dharma like is happening in Kerala where devotees have temporarily stopped donating to temples. They would rather pay the priest directly rather than use the hundi which goes straight to the treasury.

Ideally, donations received by temples should be handled by devotees and their representatives themselves and temples should be administered by priests who have learned Hindu scriptures, especially those relevant to the temple. Such monies should be used for the enrichment of smaller temples in that area after adequately prioritizing the needs and regal upkeep of the bigger and richer ones and salaries of those employed there. Neglected temples and those in a depleted condition should be resurrected for the benefit of the worshipper and poojas should be conducted in earnest.

Isn’t that the primary reason why a devotee donates, in the first place? If it was intended for the government the devotee would have approached the treasury directly. By meddling in money donated by the poorest of the poor for the deity they worship, states show their own ideological impoverishment, more than anything else.

Like was done previously throughout our civilization, Vedic and Dharmic education should be imparted through temples and should be taught professionally. Temples should be centers for learning dance and the arts. Where Goddess Saraswati resides, will Maha-Lakshmi be far away?

We are still being victimized in the name of a particular law and continued amendments/resolutions that were introduced later on, by a Hinduphobic Congress government and such legislations are blatantly anti-Hindu. This is just not acceptable anywhere and it has to go. All that the BJP government has to do is to let go and it will be a major win-win for all involved, except for the enemies (both local and international) of our faith.

That will help regain considerable faith amongst the Hindus who cannot be blamed for thinking out aloud what really differentiates the BJP from the the Congress when it comes to our religion. This is what K Surendran, the BJP Kerala President, and E Sreedharan the party nominee for the post of Kerala Chief Minister, and more recently Shah too have been promising the voters.