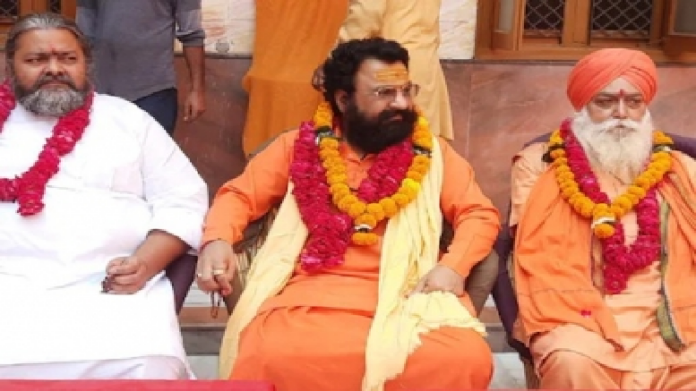 In a major development, seven of the 13 akharas that are part of the Akhil Bhartiya Akhara Parishad (ABAP), have elected the president, general secretary and other office-bearers on their own.

The development took place in Haridwar on Thursday.

The Akhil Bhartiya Akhara Parishad (ABAP) was scheduled to meet at Prayagraj on October 25 to elect the successor of Mahant Narendra Giri, who died last month.

According to sources, the meeting in Haridwar was chaired by ABAP vice-president Devendra Singh Shastri of Nirmal akhara who announced the names of Mahant Ravindra Puri of Mahanirvani Akhara as president and Mahant Rajendra Das of Nirmohi Akhara as general secretary.

The surprise move has effectively split the 13-member Akhara parishad into two groups.

Baba Hathyogi of the Digamber Ani Akhara, which is part of the first group of dissidents, alleged that they decided to elect the office-bearers on their own since they were “under-represented in the ABAP body and often neglected in elections.”

He said that the seers of most of the seven akharas were “particularly unhappy with the speculations doing the rounds that Mahant Ravindra Puri of Niranjani Akhara, who is also the president of Haridwar’s Mansa Devi temple, would be made ABAP president in the meeting to be held at Prayagraj”.

The seers of the group of seven akharas also wanted Mahant Hari Giri, the incumbent ABAP general secretary, to be replaced.

Meanwhile, Mahant Hari Giri termed the announcement of the office-bearers as ‘unconstitutional’ and not valid under any circumstances.

Interestingly, according to ABAP tradition, if a president dies in his tenure, his successor can be chosen only from his own akhara. Narendra Giri, who had died under mysterious circumstances at Prayagraj, was the head of the Niranjani Akhara.

It may be recalled that friction between the akharas has been brewing for some time.

Earlier this year, three akharas – Nirmohi, Nirvani and Digambar, which subscribe to the Bairagi Vaishnav tradition (unlike akharas like Juna that follow the Shaivite tradition) – had separated themselves from ABAP during the Haridwar Maha Kumbh.

They had claimed that ABAP did not raise their issues with the state government and mela administration effectively.

They had also demanded fresh elections of the akhara parishad within a month.

The split in the ABAP now casts a shadow on the October 25 meeting in Prayagraj.