A lonely battle to free temples? Yeddyurappa and his commitment to the cause 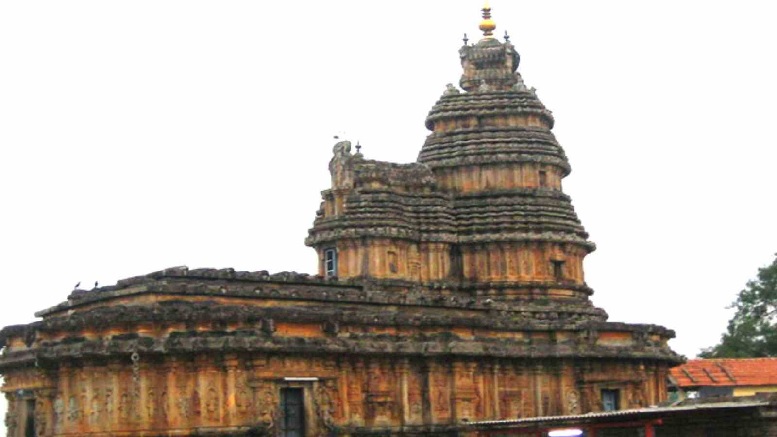 Recently the Supreme Court gave an outrageous order bringing the Gokarna Mahabaleshwar temple in Karnataka under control of a committee headed by a retired judge, going against the wishes of the ruling democratically-elected BJP government.

In 2008, when BJP was in power in Karnataka with BS.Yeddyurappa as the CM, the Muzrai department (as Karnataka HRCE is known) decided to free many temples from government control. One of them was the Mahabaleshwar temple in Gokarna which was under government control for more than two decades. Yeddyurappa’s government denotified the temple from the list of temples that need to be managed by the Muzrai department and handed over the administration of the temple to Ramachandrapura Matha despite strong protests from the opposition.

But it couldn’t be achieved as the subsequent Congress government under CM Siddaramaiah tried to take over both Mahabaleshwar and Uduppi Sri Krishna temple and the trustee of Mahabaleshwar temple Balachandra Vighneshwara Dikshita, who was against handing over the temple administration to Ramachandrapura Matha took the legal route to challenge the BJP government’s decision. In 2018 his petition against the same was taken up by the High Court and it quashed the Yeddyurappa government’s order to hand over the temple to Ramachandrapura Matha.

The Matha’s appeal against the verdict in the Supreme Court came up for hearing last week. While the Matha appealed against the temple going back to government control the Supreme Court arrived at an intermediate solution to manage the temple affairs through a committee headed by a retired judge. While a battle on who caused this situation raged in social media, it also brought to note how Yeddyurappa in his past tenure as CM tried to free temples from Muzrai department control, without much noise.

In 2008, when BJP was in power, Yeddyurappa government released a list of temples under Muzrai department to be denotified and handed over to the traditional stakeholders for management. A twitter user posted the list of temples which are said to be around 110 among which the Mahabaleshwar temple in Gokarna and the Sri Krishna temple in Udupi could be seen. However there seems to be another curious background to the government takeover of temples in Karnataka.

In 2013, Pejawar Matha head Shri Vishweswara Tirtha Swami ji who reached the lotus feet of Narayana recently, in a press meet told that the Udupi temple was never under the control of Muzrai department. When there was news that Yeddyurappa government had denotified Udupi temple, he clarified that it was actually the doing of a Muzrai department official who included the name of the temple in the notified list to extract a bribe of Rs. 50,000 from the then Paryaya seer.

This gives a perspective into how various factors play in taking over temples, from local power politics in who gets to manage the temple to the bureaucracy, the party in power and even judiciary. Supreme Court’s interim order on the Mahabaleshwar temple case has furthered the hold of non-stakeholders on temples, as judiciary is known to meddle in the traditional and spiritual aspects of the temples and also in overseeing it’s management for which Thiruvananthapuram Padmanabhaswamy temple is an apt example. There, the Supreme Court appointed a committee with the district judge as it’s head based on the unsubstantiated allegations of mismanagement of temple funds by the Travancore royals who were managing the temple from time immemorial. But the committee was not only inefficient in managing the administrative aspects of temples affairs, it meddled in rituals and traditions of the age old temple as well.

SC quashing the Karnataka government’s order denotifying the Mahabaleshwar temple has diminished the spirits of Sanatanis as other denotified temples also could be brought under the judiciary’s control. However as it is only an interim order, activists are hoping for a turn around.

Coming back to BS Yeddyurappa, he not only freed temples away from media glare but donated to temples from the government’s purse as well in the past. While what the governments earn from temples by controlling them is far more than what Yeddyurappa had donated, that he did so without fearing the backlash when awareness about freeing temples or the economy around it was Nil shows his commitment towards the cause. When he left the office due to alleged corruption charges that Lutyens’ media made a hue and cry about, he had donated nearly Rs.110 crore for temples that were located not only in Karnataka but in neighbouring states like Tamil Nadu and Andhra Pradesh as well.

He allotted this money to 269 temples and religious institutions like mathas, out of which temples and mathas from Kerala, AP and TN are said to have received more than Rs. 18 crores. Apart from this, he also fulfilled the long-standing demand of temple priests and doubled their salary. So not only BJP supporters but temple activists and other staunch dharmikas are in expectation that he’ll fulfill the promise made in BJP manifesto to free all temples from government control.

HinduPost is now on Telegram. For the best reports & opinion on issues concerning Hindu society, subscribe to HinduPost on Telegramt