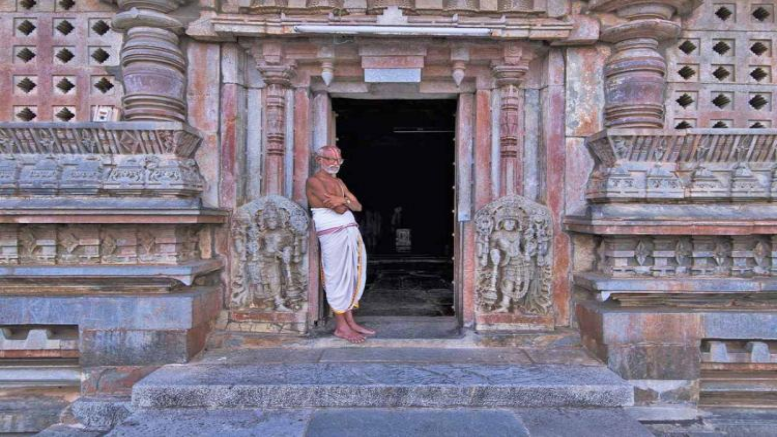 Following DMK government’s atrocious move to replace hereditary temple priests and sevayats of temples, many caste associations in Srivilliputhur, Virudhunagar have registered their discontent and opposition to the move. Letters of caste associations including that of OBC and SC/STs condemning the move have gone viral in social media.

The anti-Hindu DMK government has been meddling in temple affairs since it took charge in May. Even though it tried to paint a pro-Hindu image by recovering temple properties in the beginning, everything was proved to be a farce when it announced its intention to replace traditional sevayats in agamic temples with those who have finished the government’s one year crash course for temple priests.

It didn’t stop with the announcement and the HRCE department soon started violently forcing hereditary archakas out of the temples and appointed new ones from different castes and denominations without any regard for the sampradaya followed by the temple. In a similar manner the Executive Officer of the famous Srivilliputhur Andal temple is said to have issued notifications about replacing the priests, Arayars(traditional musicians who sing Nalayira Divya Prabandham sung by Vaishnavaite saints) and cooks.

Many caste associations including Nadar, Vellalar, Yadava, Raju, Pillai, Devendra Kula Vellalar, Nayakkar, etc have condemned the move and written to the HRCE department expressing their discontent and opposition to the move. They have stressed that it is necessary for those who work in the temple to know it’s tradition and sampradaya. They have pointed out that it is a wrong move to appoint people who are unaware of the internal affairs of the temple.

Moreover, Virudhunagar, a communally charged district as it is, has gone through many incidents of caste violence in the past. The associations have pointed out that the district will face more violence in the eventuality in which people from different castes, who are not in the know of the temple’s traditions, are appointed by HRCE.

They have requested the government to not hurt their religious sentiments and spoil the social harmony by destroying the traditions of the temple. They have implored the government to cancel the notification and keep everyone safe in the pandemic situation, instead of provoking them to protest against its decision.

The chiefs of all these associations signed these letters in the presence of the EO, so that it is not rumoured to be fake, and submitted their request to him. When the EO asked whether they were threatening the government by saying “the district will face more violence in the eventuality in which people from different castes are appointed by HRCE”, they clearly said that the fact that representatives of all the jatis are present together should answer his question.

They also said that it is the government’s atrocious actions to outrage Hindus’ religious beliefs that will cause a rift in the society. When the EO said “it is for you people to become priests that the government is doing this”, they replied “Would the government know better than our elders? You cannot poke our eyes with our own fingers to destroy our dharma”. They pointed out how even learned pundits who were Raja Gurus to kings didn’t want to enter the sanctum sanctorum even though they could have achieved anything with their position and power.

Last year the HRCE department had told the court that around 37,000 temples’ annual assessable income was less than Rs.5,000 and that only one priest works in such temples. Such priests double up as the caretaker, cook, etc to fulfill the daily needs of the temple. They get a pittance in the name of government salary while HRCE officials are paid as per pay commission norms.

With such a reputation the DMK government is forcing more people into priesthood in the name of social justice. It has ‘clarified’ that aged priests in prominent temples are given ‘retirement’ and sent to ‘small’ temples to give them rest. In all probability they are being sent to those among the 37,000 temples where priests are left to take care of everything.

Many local community leaders are expected to follow the Srivilliputhur ones in a show of resistance to the government’s move. In a petition against this move by the All India Adi Saiva Sivachariyar Seva Sangam the Madras High Court has issued an interim stay on appointing temple priests in violation of Agamas and directed to maintain status-quo.

Why Bharat should protect and nurture Hindu Dharma