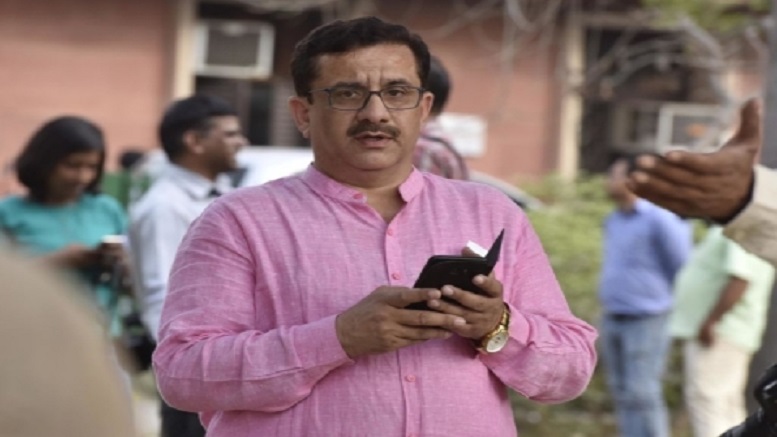 Protests are being organized in various parts of the country against Syed Waseem Rizvi after he filed a petition in the Supreme Court seeking the removal of 26 verses from the Quran. Rizvi is a former UP Shia waqf board member and felt that these verses are “violent by nature and not part of the original Quran and were added after the death of Prophet Mohammad.”

In what looks like a losing battle against all-powerful Mullahs, this is what Waseem Rizvi had to say.

“Various Khalifas collected verses from the Quran (orally) and came up with the modern-day Quran. Some verses were twisted beyond recognition and now they seem to glorify violence. God teaches excellent principles. So such messages cannot be interpreted in two ways. The Khalifas, in their quest to spread Islam all over the world, used the powers instilled in them by their followers.

The growth of any religion should be based on love and not be based on power. The amendments that promoted violence, cruelty, and oppression are now being utilized by the terrorists and it is spread through madrassas. It is the common Muslim man’s children who are being taught this and their mentality is moving towards fundamentalism.

This should not happen and any teachings of violence should be removed from the Quran. Killing someone is not connected to any faith. The virus that was introduced by such Khalifas to propagate Islam is now being used in the wrong sense and Muslim children are now being guided towards terrorism.

Jihad was used in the past to spread Islam but now it’s the terrorists who are in charge of Jihad. This has also become the reason for Islam’s notoriety.”

Atif Rasheed, the chairperson of the national commission for minorities (NCW) termed Rizvi’s move a conspiracy to disturb the communal harmony of the country and added that the petition hurts the sentiments of a religious minority community. NCW Joint Secretary, Daniel Richards has asked him to withdraw his comments and seek an unconditional apology within 21 days or face legal action.

BJP leader Syed Shanavaz Hussain distanced their party from Rizvi mentioning that ‘voicing absurd things’ about any religious texts including the Quran is ‘highly condemnable’ and added that ‘BJP is not in favor of any changes to any verses of the Quran’.

This is what Amirul Hasan, a former district bar association president calmly issued a prize of Rs. 11 lakhs for whoever brings Rizvi’s decapitated head:

“Rizvi is neither a Hindu nor a Muslim but is the devil and whoever brings me the decapitated head of this devil, will be paid 11 lakhs as prize money. If the amount falls short I will sell my children to settle (the amount). Had this happened under Islamic law, Rizvi, by now would have been stoned to death.”

Indian #Shia lawyer Amir-ul-Hassan Jafari: I'll award Rs1.1 million ($USD 15000) to anyone who beheads Wasim Rizvi for filing a petition in the Supreme Court seeking to remove 26 verses of the Quran. pic.twitter.com/MkNNYAcBdn

Other forms of hatred towards Waseem Rizvi were also reported from various Sunni and Shia organizations. This included the burning of his effigy, demands for his execution, the demolition of his mother’s grave, and the ‘cancellation’ of a grave that was purportedly reserved by Rizvi.

Perceptive observers were quick to notice the hypocrisy of the intelligentsia which has been shouting ‘Intolerance Rising’ from the rooftops for the last 7 years, but are strangely silent over actual intolerance seen in naked calls for Rizvi’s lynching:

All Waseem Rizwi did was to petition the court. And now his co-religionists are out on the street burning his effigy & demanding his death.

And all those who have cried INTOLERANCE these past seven years have sneaked under the mattress like a plastic bag. pic.twitter.com/HqVGbv74Cy

In 2018, Rizvi had written to PM Narendra Modi and UP CM Yogi Adityanath asking them to shut down madrassas as they produce terrorists. He has also reckoned that Pakistan recruits Muslims from Bharat for Jihad by colluding with local Muslim clerics. The same year he was ‘expelled’ from Islam after he mentioned that homosexuality was prevalent in the country’s madrassas.

Those interested in finding out the exact nature of the 26 verses which Rizvi has objected to can refer to this video.

This move by Rizvi reminds one of the petition filed in the Calcutta High Court by Chandmal Chopra and Sital Singh seeking to ban the Quran, 36 years ago. In the 1985 case, no sooner had the judge accepted the application than the advocates decided to boycott the court. The CPM that was in power in West Bengal back then questioned the intent of the judge and filed an affidavit saying that the court had no jurisdiction to pronounce a judgment on the Quran. The matter was referred to another bench and ultimately dismissed. That whole episode and the meltdown of various ‘secular’ actors was captured in the must-read book ‘The Calcutta Quran Petition’ by Shri Sita Ram Goel.

The real question that remains is whether Rizvi is a dead man walking? Will the state provide him with protection or will he end up the Kamlesh Tiwari and Charlie Hebdo way?