Noida: 3 women, including a South Korean, and 1 man arrested for luring people to convert to Christianity 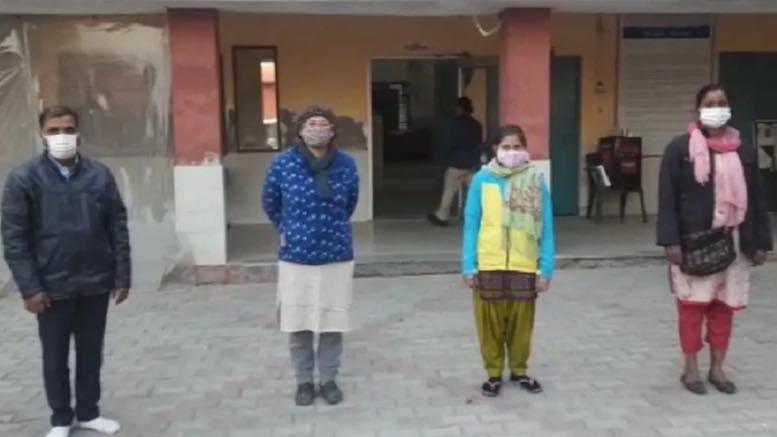 Police have arrested 4 people for luring two families to convert by offering them money and other incentives in Greater Noida, UP, reports Aaj Tak.

Surajpur police received information about these illegal proselytisers who were on their way to convert people and arrested them from Durga Gol Chakkar.

According to police, the accused are seasoned criminals who offer people money to convert them into Christianity.

South Korea has seen its Christian population grow from 2% in 1945 to around 30% today, the steep rise coinciding with US forces entering the Korean peninsula in 1945 and South Korea becoming a US ally after the Korean civil war of 1950 that saw communist North Korea splitting away. In fact, a member of a secretive Christian cult had become the biggest super spreader of Covid-19 in South Korea.

What is also noteworthy in this case is that 3 people with Hindu names are involved in the conversion business. For that matter, one Ankur Narula is the biggest missionary mastermind of Punjab, who is seemingly routing crores of rupees from abroad to run his shop. Such crypto-Christians have penetrated all sections of society. Recently, Supreme Court Justice R Banumathi at her retirement function claimed she was a ‘Hindu’ who believes in the gospel of Jesus!

However, any time missionaries are arrested for flouting the law and abusing the religious freedom granted under Article 25 of the Constitution, mainstream media and their Western counterparts come to their aid and project it as ‘Christian persecution.’ But conversely, if any Hindu group organises a ‘Ghar Wapsi’ (reconversion) event, that is presented as ‘Hindu oppression’!

The unscrupulous and hate-mongering Christian conversion mafia offers the biggest challenge to Bharat’s territorial integrity and sovereignty alongside Islamo-fascists and Communists. Religious and cultural diversity of most parts of the world like Americas, Africa has been completely destroyed by these proselytisers, and Bharat needs to safeguard its indigenous peoples by completely banning proselytisation of any kind in public spaces. Russia’s ‘Yarovaya Law’ offers a good case study in this regard.