1493 CE: The Pope asserts rights to colonize, convert, and enslave 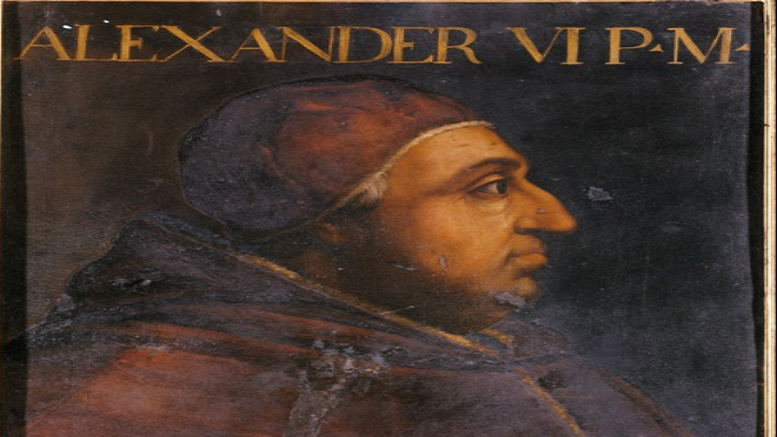 In 1493 CE, Pope Alexander VI issued a papal bull or decree, “Inter Caetera,” in which he authorized Spain and Portugal to colonize the Americas and its Native peoples as subjects.

The decree asserted the rights of Spain and Portugal to colonize, convert, and enslave. It also justified the enslavement of Africans.

“… Out of our own sole largess and certain knowledge and out of the fullness of our apostolic power, by the authority of Almighty God conferred upon us in blessed Peter and of the vicarship of Jesus Christ, which we hold on earth, do by tenor of these presents, should any of said islands have been found by your envoys and captains, give, grant, and assign to you and your heirs and successors, kings of Castile and Leon, forever, together with all their dominions, cities, camps, places, and villages, and all rights, jurisdictions, and appurtenances, all islands and mainlands found and to be found, discovered and to be discovered towards the west and south, by drawing and establishing a line from the Arctic pole, namely the north, to the Antarctic pole, namely the south, no matter whether the said mainlands and islands are found and to be found in the direction of India or towards any other quarter, the said line to be distant one hundred leagues towards the west and south from any of the islands commonly known as the Azores and Cape Verde.

With this proviso however that none of the islands and mainlands, found and to be found, discovered and to be discovered, beyond that said line towards the west and south, be in the actual possession of any Christian king or prince up to the birthday of our Lord Jesus Christ just past from which the present year one thousand four hundred ninety-three begins. And we make, appoint, and depute you and your said heirs and successors lords of them with full and free power, authority, and jurisdiction of every kind…”