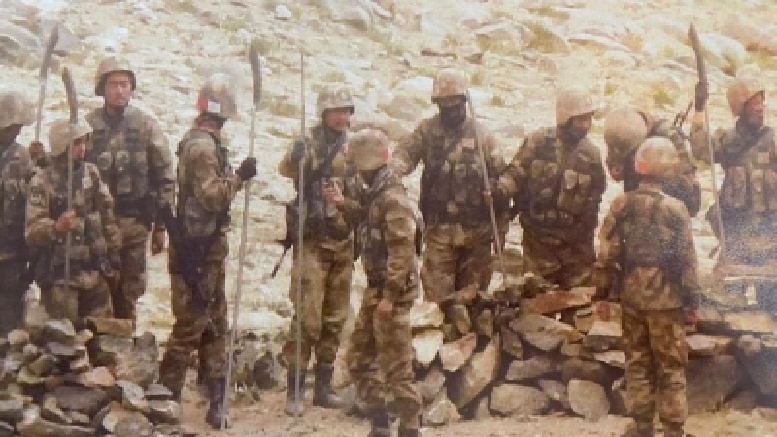 A year after the Galwan valley clash in eastern Ladakh, China is still sitting at the Line of Actual Control (LAC) while Bharat has geared up for a long grind.

Indian and Chinese military delegates have had 11 rounds of talks to resolve the border disputes at the friction points. The only thing that has happened is that both the countries have agreed to resolve the dispute peacefully.

The Indian Army has focused on being better prepared to face Chinese belligerence in Ladakh over the last year, as a final resolution seems far off.

The force continues to be on high alert with its enhanced troop deployment of over 50,000 men on the ground in Ladakh for the last one year, including during the harsh winter when the temperature dips to minus 40-degree Celsius.

Last month, Indian Army chief General M.M. Naravane had said that the troops are on high alert along the LAC, keeping a watch on the activities of the Chinese People’s Liberation Army.

Naravane said that Bharat wants the status quo ante of April 2020 to be restored. He also stated that Bharat has made it clear to China that de-escalation will only be considered once disengagement is completed to the mutual satisfaction of both sides.

He said that Bharatiya troops are on high alert and deployments have not thinned after the disengagement in Pangong River. The Army chief maintained that China has deployed around 50,000 to 60,000 troops in eastern Ladakh in immediate depth so Bharat has also made mirror deployment in depth.

Even after 11 rounds of military talks at the Corps Commander level to find a resolution, there is still no breakthrough despite the disengagement in Pangong.

Indian and Chinese forces have met to resolve the border disputes at the other friction areas like Hot Springs, Gogra and the 900 sq km Depsang plains.

Naravane also said that Bharat is currently concentrating on resolving the outstanding problems at other friction points like Hot Springs, Gogra and Depsang.

He had pointed out that Bharat’s stand during the disengagement agreement in the Pangong Lake area remained the same that the status quo ante of April 2020 must be restored.

The army chief also stated that trust levels between the two countries are low, but pointed out that the trust deficit should not hinder the negotiation process.

In the Galwan valley, where a bloody clash between the forces of the two nations left 20 Bharatiya four Chinese soldiers dead on June 15 last year, including Commanding Officer Col Santosh Babu, the troops had concentrated at just 1.5 km apart.

Following the clash, the Patrol Point 14 became a ‘no patrol zone’ and both sides pulled back by 1.5 km each and the area turned into a buffer zone.

Bharat had objected to China’s observation post near Patrol Point 14 that had led to the clash.

The clash had sparked a war-like situation. By the end of August last year, there was a further build up across the broder and the Pangong Lake had turned into a battle zone, as Bharat occupied the key mountain tops at the Kailash Range overlooking the southern bank of the lake.

Currently, no patrolling is being done till Patrol Point 14. It is necessary to maintain strict vigil through various surveillance methods to keep a check on Chinese activities as they continue to be present in big numbers, not too far away from the contentious point.

Further, China has also been enhancing its surveillance capabilities. It has developed an unmanned aerial vehicle (UAV) with plateau operation capabilities and has planned to deploy it along the Line of Actual Control with Bharat in the Kailash mountain range, sources said.