LCA Tejas to be part of multi-nation exercise in UK 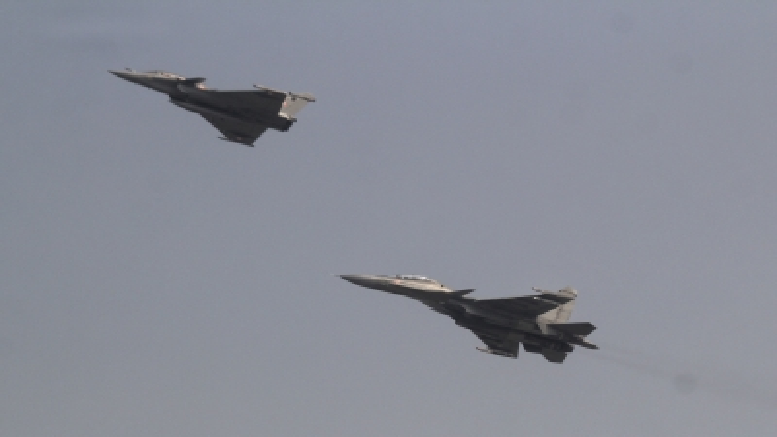 Indigenously developed aircraft — Light Combat Aircraft (LCA) Tejas — will take part in a multi-nation exercise in the UK next month.

The aircraft will be part of the Indian Air Force contingent, which will participate in a multi-nation air exercise named ‘Ex Cobra Warrior 22’ at Waddington, UK from March 6 to March 22.

The exercise is aimed at providing operational exposure and to share best practices amongst the participating Air Forces, thereby enhancing combat capability and forging bonds of friendship.

This will be a platform for LCA Tejas to demonstrate its manoeuvrability and operational capability.

Five Tejas aircraft will fly to the UK. IAF C-17 aircraft will provide the necessary transport support for induction and de-induction.

Earlier this month, a 44-member contingent of the Indian Air Force participated in the ‘Singapore Airshow-2022’ where the force showcased LCA Tejas capabilities.

The Air Show was held from February 15 to February 18. Singapore Airshow is a biennial event which provides a platform for the Global Aviation Industry to showcase their products.

IAF pitched the indigenous Tejas MK-I alongside participants from across the world.

Tejas aircraft enthralled the audience with its display of low level aerobatics displaying its superior handling characteristics and maneuverability.

The participation of Indian Air Force in the Air Show provided Bharat with the opportunity to showcase the Tejas aircraft and to interact with counterparts from RSAF (Royal Singapore Air Force) and other participating contingents.