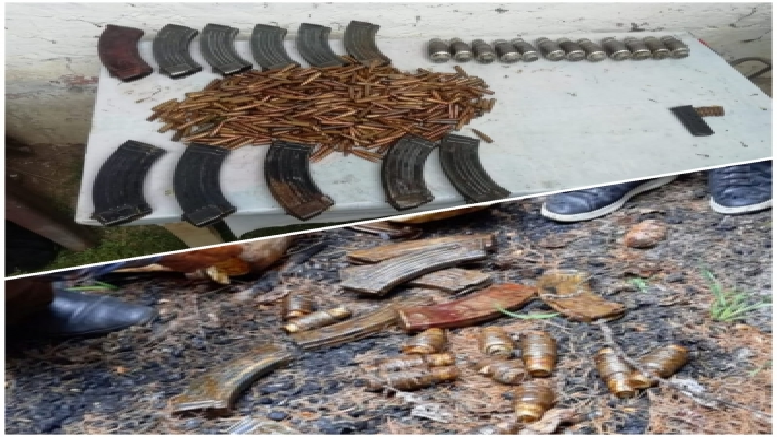 The J&K police along with the security forces have recovered huge quantity of explosive materials and ammunition in three separate operations, officials said on Monday.

After receiving a tip-off regarding an IED planted by the terrorists alongside a link road leading from Railway-Dogripora to Panzgam village in Awantipora in Pulwama district, a joint team of Awantipora police, the army and the CRPF cordoned off the area, the police said.

“During search, a container of approximately 10-litre capacity containing IED was detected. The IED was defused on the spot, thus averting a major tragedy,” the police said.

In a second operation based on a specific input, the Awantipora police along with the army and the CRPF conducted a search operation near the Simoah Nallah in Tral.

The police said that during the search operation, a plastic container of approximately 50-60-litre capacity containing IED materials was recovered after digging the suspected spot.

In yet another operation based on a specific tip-off, a cordon and search operation was launched in the forest area of Shajinar by the Ganderbal police, the army and the CRPF.

“During intensive search of the area, a cavity was found to have been dug in the ground from which plastic cans containing 11 AK series magazines, AK series live ammunition (7.62A-39 mm) 597 rounds, 12 UBGL rounds, 1 pistol magazine and6 rounds of pistol ammunition were recovered,” the police said.