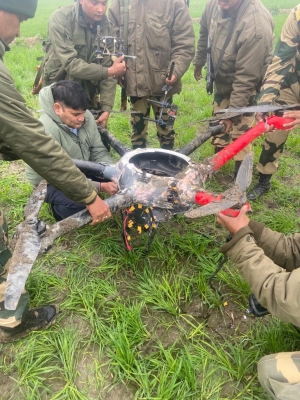 The Border Security Force (BSF) in Punjab on Friday foiled Pakistan’s attempt of smuggling drugs and weapons across the border through a drone.

The BSF said its personnel deployed at the border heard the buzzing sound of a flying object from Pakistan entering Indian territory near Mullakot village in Amritsar district.

As per the drill, the troops tried to intercept the drone by firing. The area was cordoned off and police and other security agencies were informed.

During the search, the BSF troops recovered one drone (hexacopter) in damaged condition lying in fields behind the border fencing.