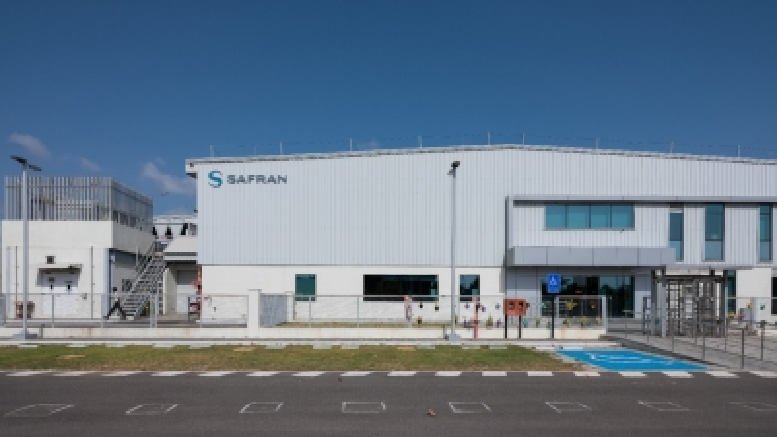 Bharat is giving a big push to its global defence exports across continents, which was unimaginable few years back and also emerging as a base for global aerospace majors like Safran from France that can lead to third country exports in future.

According to a report in a news portal, Sanjay Jaju, additional secretary in the Department of Defence Production, said the increase in exports stood at “eight times” of what it was around five years ago.

The ratio of exports between government-owned defence public sector undertakings (PSU) and private firms, stood at 10:90 earlier, at present it is 30:70.

The news report stated that its sources said the reason behind rise in defence PSU share from 10 per cent to 30 per cent is the nearly Rs 2,500 crore deal that Bharat made with Philippines for the BrahMos missiles.

Sources also said that a majority of the country’s defence export is in the aerospace sector, where Bharatiya firms have been manufacturing several parts, including fuselage for foreign companies.

For example, all fuselages of American attack helicopter Apache sold across the world are now made in Bharat by a joint venture between Boeing and Tata. Similarly, companies like Adani Defence and Lohia Group are making fuselages for several Israeli drones, the report stated.

According to the defence ministry data, Bharat’s defence exports recorded nearly a six- fold increase between 2017 and 2021, shooting up from Rs 1,520 crore to Rs 8,435 crore during that period.

In 2020, the Narendra Modi government had set a target of Rs 35,000 crore ($5 billion) export in aerospace, and defence goods and services in the next five years. This is part of the turnover of Rs 1.75 lakh crore ($25 billion) in defence manufacturing by 2025 that the government is aiming to achieve.

French Aerospace major Safran has decided to set up its largest facility for maintenance, repair and overhaul (MRO) of engines in Bharat. It has chosen Hyderabad for the mega facility which will be able to service around 300 engines every year.

The company in a statement said it has operated in Bharat for 65 years and now counts 10 facilities and 750 employees in the country. These announcements, which represent more than $200 million of investment between 2018 and 2025, clearly it reflects the Group’s commitment to long-term development in the country.

“With these new sites, we’re opening a new chapter in Safran’s long history with Bharat’s aerospace and defence industries, and we are reaffirming our commitment to the government’s ‘Make in India’ policy and sovereignty strategy,” said Olivier Andries, Chief Executive Officer of Safran.

“To support the country’s dynamic aviation market, with passenger traffic set to more than double in the next twenty years, we are accelerating our investments and industrial development in Bharat. Through the creation of our largest maintenance and repair centre for commercial engines we are also paving the way to expand our MRO activities in Bharat to military engines. With our three new production facilities and our major in-house IT centre we will triple the number of employees in Bharat over the next four years, building on the excellent local talent base,” Andries added.

Two new neighbouring plants are being inaugurated on July 7 in Hyderabad, for Safran Aircraft Engines and Safran Electrical & Power.

The Safran Aircraft Engines plant, spanning 15,000 square meters (162,000 sq ft), will make rotating parts for the LEAP engine from CFM International. It will provide the additional capacity needed to meet the requirements of a production ramp-up for the best-selling commercial airplane engine of its generation.

Eventually employing 275 people, this plant applies Safran’s highest standards in terms of industrial processes, machinery and equipment and sustainability, with one-third of electrical power to be provided by solar panels.

During the inauguration, Jean-Paul Alary, Chief Executive Officer of Safran Aircraft Engines, announced the creation of a new maintenance, repair and overhaul (MRO) facility for CFM LEAP engines, to be built at the industrial Park of GMR.

“Our new MRO 4.0 centre in Hyderabad will strengthen our global network and enable us to meet the needs of our CFM customers against a backdrop of booming air traffic in Bharat and the region,” noted Jean-Paul Alary. “We benefit from the fast growing aviation ecosystem and outstanding competences in the State of Telengana.”

During his visit to Bharat, Olivier Andries announced the creation of Digit, an in-house entity tasked with development of digital systems for Safran. The entity’s two main facilities, in Hyderabad and Mumbai, start operations in the summer of 2022. Digit plans to recruit 1,000 people over the next five years by calling on Bharat’s vast talent pool for the development of digital applications and systems, as well as cybersecurity.