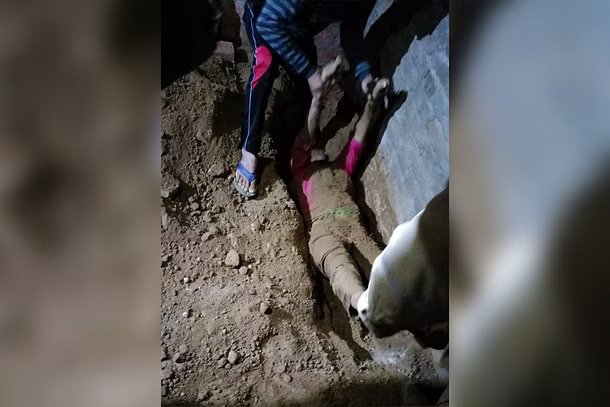 In a spine-chilling case, Wasi Ahmed is accused of murdering his wife Uma Sharma alias Arfa Fatima. The police recovered the victim’s body on December 24 from her bedroom in Uttar Pradesh’s Lakhimpur Kheri District.

Her husband Wasi Ahmed killed her by giving her an electric shock on 22 December, police said.

A press note shared from the police’s Twitter account said that a case was registered at Gola Police Station of Kheri in the murder (FIR number 850/2022).

The main accused Wasi Ahmed, along with his brother Rafi, were arrested on 25 December. They have been booked under IPC sections 302 (murder) and 201 (causing the disappearance of evidence)…

…Local news reports said that Uma had eloped and married Ahmed after her conversion to Islam, and was renamed Arfa Fatima.

A report by Amar Ujala said that the two used to be neighbours. After Uma left her family, Ahmed shifted to another locality. He lived with his mother Ashiya and brother Rafi. His father passed away several years ago.

The report quotes Ashiya as saying that Ahmed confided in her that he had killed Fatima in a fit of rage after she threatened to go to the police against him. Ashiya then approached the police herself on 23 December.

She told another newspaper that Fatima and Ahmed would constantly fight. However, the reports do not say what they fought about. They have children, both sons, named Haider and Humayun.

This case is a stark reminder of the murder of a Hindu woman and her daughter in Meerut in July 2020. Hindu lady Priya and her daughter were murdered by accused Mohammad Shamshad who introduced himself to her by name of Amit Gurjar on Facebook. After befriending her and getting into a relationship with her, he murdered the woman & her daughter Kashish and buried their bodies in his drawing room.