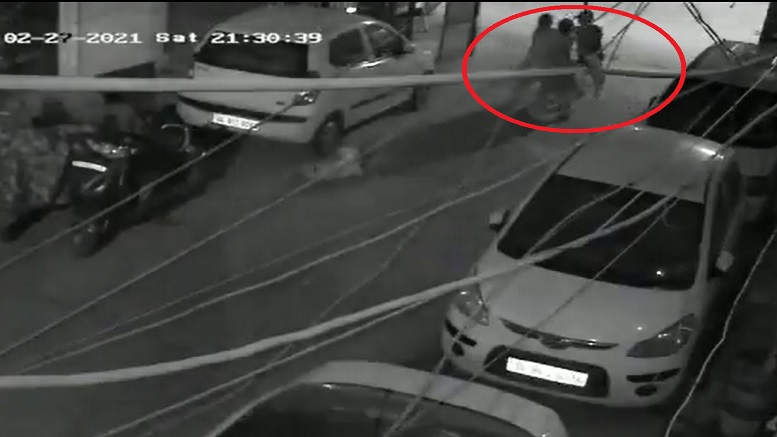 The Delhi Police arrested two people in a murder case of a woman, committed in a desperate attempt of chain snatching in Adarsh Nagar here and recovered the weapon and the scooty used in the crime, the police said on Sunday.

The accused have been identified as Fardeen (19) and Aqibul (22), both residents of Jahangirpuri.

The incident happened on Saturday at around 9.30 p.m. at E-block Adarsh Nagar in North West Delhi. The victim along with her mother was returning to her home from the weekly market. The woman was also carrying a toddler with her. The two accused came on a scooty and attempted to snatch her chain.

“When she resisted and tried to nab the accused, he stabbed her and both boys fled the spot. Considering the gravity and sensitivity of the offence, multiple teams of Northwest district police were pressed into action,” said Usha Rangnani, DCP Northwest Delhi.

The whole incident was recorded in the CCTV camera installed on the road. The woman has been identified as Simran Kaur (25) as per a tweet by a News 18 journalist who also shared the CCTV footage of the crime (caution: distressing footage) –

The teams through technical surveillance as well as local intelligence, succeeded to find clues regarding the persons involved in the incident. Sources were deployed to gather the local intelligence. After which identities of the suspects were established and raids were conducted at various places which led to the arrest of the two accused persons.

Adarsh Nagar is the same area of North West Delhi where an 18-year-old tutor Rahul Rajput was lynched to death by 5 Muslim youth who objected to his alleged relationship with the sister of one the accused.

An interesting pattern of crimes can now be seen developing in Delhi-NCR. East Delhi (especially trans-Yamuna), Ghaziabad and the area near Jamia Nagar/Okhla are known as a hub of anti-Hindu activities and crime in the region. For eg., East Delhi areas like Maujpur, Jaffrabad etc. saw anti-CAA riots erupt last year, while Hindu exodus has been reported from places like Sundar Nagri and Brahmpuri. Faridabad towards South East Delhi is also seeing increasing crime like Nikita Tomar murder, assault and abduction attempt of a girl during Chhath Puja, kidnapping of a 13-year-old Hindu girl etc.

But cases like Dhruv Raj Tyagi (Moti Nagar), Dr. Pankaj Narang (Vikas Nagar), Sajjan Singh (Rajouri Garden), Ankit Saxena (Raghubir Nagar), Sunita, Veeru and Akash (Khyala), all in West or North West Delhi, show that this part of the city is no longer immune. Moreover, if one heads North East from Ghaziabad, one will run into areas like Muradnagar and Meerut which are again ‘sensitive’ spots in secular speak. And then south of Gurugram is the notorious region of Mewat.

So today we have the strange dichotomy that while the elite denizens of plush Lutyens’ Delhi claim that Indian secularism is under threat due to ‘majoritarian fascism’, a 30-45 min drive will show that the ground situation is the complete opposite. How long will this dissonance between narrative and reality last?