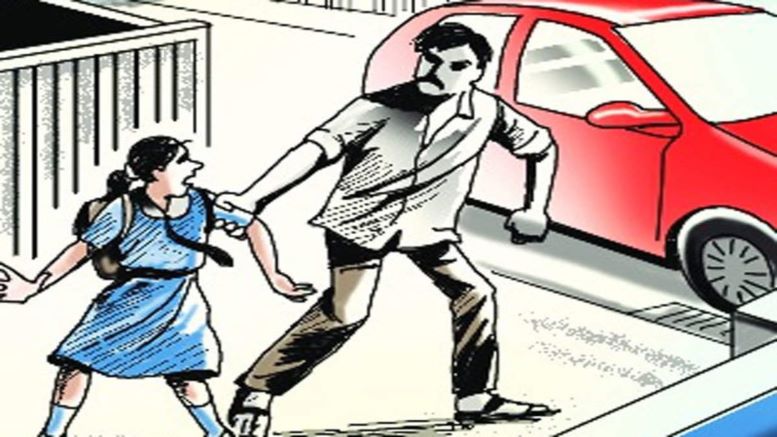 In a case of grooming that has come to light from UP’s Meerut a teenage student studying in class 12 was abducted by her private tutor who threatened to murder her younger brother when she refused to go with him. The 25-year-old accused who has been identified as Amaan has been booked under various sections of the Uttar Pradesh Prohibition of Unlawful Conversion of Religion Ordinance, 2020 (UPPUCRO) along with section 362 (kidnapping) of the Indian Penal code (IPC).

The tutor is believed to have befriended the girl during tuition classes and promised to marry her after she converted to Islam. However, since the teenage student refused to comply with the tutor’s demands, Amaan allegedly threatened to kill the girl’s brother. Following the threat, the scared girl agreed to go to Delhi with him on Tuesday.

The police swung into action after the student’s parents registered a complaint after their frantic search for their daughter didn’t yield any result. The girl’s parents are said to have mentioned her tutor Amaan as the main suspect. The police booked Amaan under section 362 for having kidnapped the teenager and also slapped charges under relevant sections of UP’s new anti-conversion ordinance.

The Indian Express quoted a police officer as saying:

“We brought her to Meerut and then arrested Amaan. We have also added the relevant section of the UP anti-conversion ordinance to the FIR after she recorded her statement before the magistrate and alleged that Amaan forced her to convert at a mosque in Delhi”

OpIndia report on the issue states that the UP police was able to trace both the student and the accused tutor from Delhi on the basis of contact tracing. The report further says:

Meerut police traced the location of the victim and the accused and recovered the two from a locality in Delhi. The police recorded the statement of the victim in front of the magistrate, in which she confessed that Amaan forced her to convert her religion…

…the police traced the mobile phones of the accused and the victim. The investigation led the police to a locality in Delhi. “We brought her to Meerut and then arrested Amaan. We have also added the relevant section of the UP anti-conversion ordinance to the FIR after she recorded her statement before the magistrate and alleged that Amaan forced her to convert at a mosque in Delhi,” media reports quoted police as saying.

As per Meerut police, the case is from Meerut’s Shastri Nagar where the accused Amaan was a tutor. He ran a coaching centre where he came in contact with the teenager who had enrolled as a student. The teenager is a daughter of a Hindu businessman and Amaan supposedly introduced himself as a Hindu to the girl.

It has also come to light that Amaan forced the teenager to accompany him to Jama Masjid where he had planned to convert her to Islam. Before Amaan could put his plan into action, however, Meerut police reached him and brought both the tutor as well as his student and produced them before the magistrate. The teenager was handed over to her parents after her statement was recorded in the presence of the magistrate.

Activists belonging to various Hindu organization including Hindu Jagran Manch and Bajrang Dal had reached the Nauchandi Police Station on Tuesday (5 February) on learning of the grooming case to demand immediate action in the case.

This is the second such case in the last couple of months. A Times Now report highlighting the earlier case says:

Gorakhpur police had last month brought a man booked under unlawful religious conversion law from Karnataka and handed over the teenage girl, who was allegedly kidnapped by him, to her family.

According to the police, the father of the girl, aged 19 years, had lodged a complaint against the man from Karnataka on January 11, accusing him of kidnapping her after befriending her while not revealing his true religious identity.

The frequent occurrence of grooming cases points at the need for anti-conversion laws on the lines of UPPUCRO.