Topper poisoned by Christian woman as he outperformed her daughter 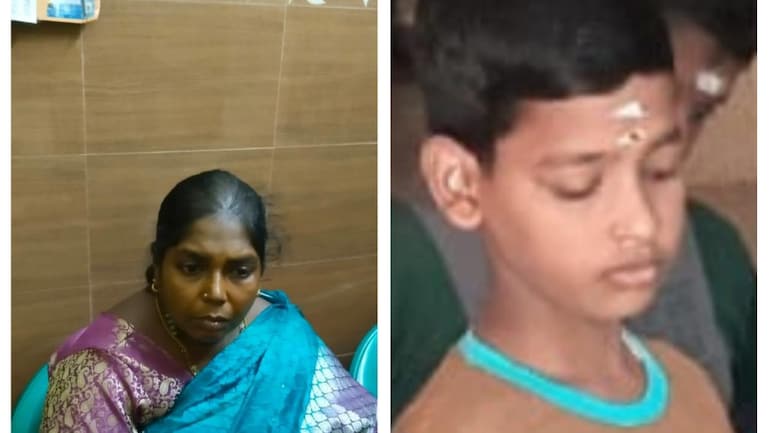 In a gruesome incident in Pondicherry, a Christian woman poisoned a Hindu boy because he outperformed her daughter in academics and extracurricular activities. The woman had mixed rat poison with soft drinks to deceive the boy. Unfortunately, he passed away as the treatment failed.

Bala Manikandan, a 13 year old peppy boy, was studying 8th grade at a private school in Karaikal, Puducherry. Reportedly he excelled at both studies and extracurricular activities. He continued to outperform everyone in his class in exams and came first. Arul Mary, his classmate who came second in exams, is said to have been bitter about it and cribbed to her mother.

On September 3rd, as Manikandan was rehearsing for the upcoming annual day events, the watchman gave him 2 soft drink bottles. After consuming it, Manikandan felt uncomfortable but didn’t think much of it. He started feeling faint and nauseous upon returning home in the afternoon. As he became ill his parents took him to the hospital. But the situation worsened even after taking medicine.

School management checked CCTV footage, from which it was discovered that it was Manikandan’s rival Arul Mary’s mother Sahayarani Victoria, who gave the drinks. Arul Mary was upset that Manikandan outperformed her in everything and shared it with her mother. Victoria, enraged that the boy defeated her daughter, spiked the drinks with rat poison to get rid of him. Even though she refused to accept it at first, later she confessed that she poisoned the boy as she couldn’t tolerate him outperforming her daughter.

A video of Manikandan talking before he died has surfaced in which he says that Arul Mary would fight with him whenever he scored high marks. As per Tamil media reports, she stopped talking to him a few months ago. The Principal who came to know about it advised the kids not to fight and be friends. Meanwhile, Victoria came to know that Manikandan would be receiving prizes for his excellence during the annual day celebration. She is said to have confessed that, upset by it, she spiked the drink.

It is mind-boggling to even imagine what would have happened if Manikandan had shared the drinks with his classmates or if anyone had drank them by mistake. While Victoria has been booked and arrested for murdering Manikandan, the girl should also be counselled and sensitized about the effects of her action.

Meanwhile, a video of a pastor advising small kids to “strike the enemies even if it is a father, mother, brother or sister” to protect the “house of god” from being spoiled. The pastor in the video is Sadhu Selvaraj, a rabid Hindu hater who also peddled lies about Covid-19 vaccines to discourage his followers from taking them. He said that the vaccines are infested with Satan. Christian children are fed with such lies and hatred towards non-believers and encouraged to even get violent as evident from the above video.

Non-believers are treated as ‘misguided sheep’ who will eventually come to their fold even by the ‘moderate Christians’. When passed down to their children, such a mentality will only make them consider and treat Hindu kids inferior. Perhaps this could have been the reason behind Arul Mary and Victoria’s hatred for Manikandan. It is time Hindus recognise this thought process and the dangers behind it.