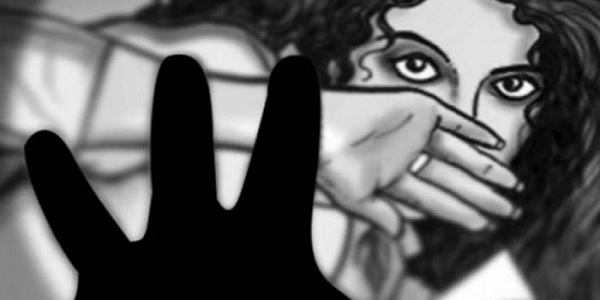 A bizarre and shameful incident involving a panchayat member from the Trinamool Congress has surfaced in Dhupguri of North Bengal’s Jalpaiguri district. Pratima Sarkar, a member of Gadang I gram panchayat, and her husband Partha Sarkar, also a TMC worker, have been accused of forcing their teenaged house help to drink alcohol and remove her clothes. They then proceeded to record her semi-nude video and circulated it.

The minor girl is from a SC (Dalit) community and had been working as a domestic help at the TMC panchayat member’s residence since many years. Both her parents work as sweepers and are economically challenged. Some 15 days back, Pratima Sarkar and her husband forced the young girl to join them in drinking liquor. When the minor attempted to escape, Partha Sarkar thrashed her and forced her to stay. They then thrust alcohol into the girl’s mouth, forced her to remove her clothes and started to film her in a semi nude condition with their mobile phones. The disturbing visuals have gone viral on several social media platforms for a week now. Many local youth who saw the video started sexually harassing the teen.

When the girl revealed the details of the incident to her mother, she filed a complaint with the local haat committee, following which the Sarkar couple were summoned by village leaders. But when the politically well-connected couple did not appear for trial, the teen’s mother approached the local police station and lodged a formal complaint.

The police have now arrested Pratima Sarkar while her husband Partha Sarkar is on the run. Police is also investigating if the couple has been routinely earning money by making such videos and circulating them on websites. The Panchayat couple earned their livelihood from a grocery store but it has been revealed that they also sold liquor from that store.

The ruling TMC won the farcical 2018 Panchayat elections in West Bengal, marred by extreme violence and murders of opposition candidates and workers, with a thumping majority. Over one-third of seats went ‘uncontested’ as terrified opposition candidates either withdrew or were stopped from filing nominations.