‘They were killing Jews and I was not a Jew’: The parallel for the Pandits 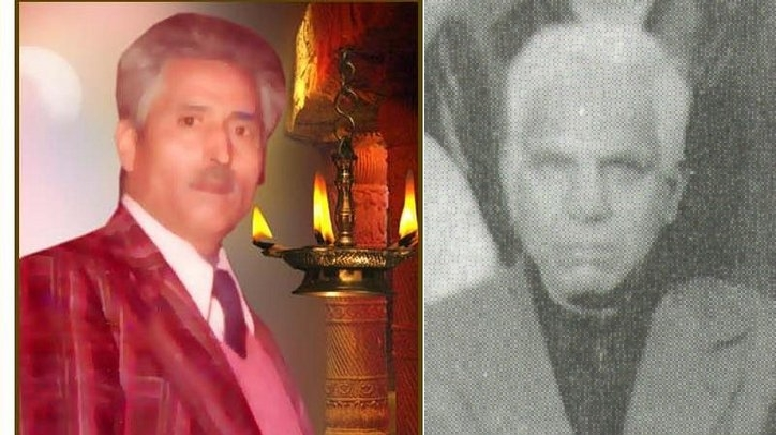 The hounding of the Kashmiri Pandit community from the Valley has an uncanny similarity with the persecution of the Jews by Hitler.

“They were killing the Jews/ And I was not a Jew” was how the Pandits rationalised the initial killings of community notables.

The killings of the local Pandits started with the daylight murder of Tika Lal Taploo on September 14, 1989. He was killed by militants in his home in downtown Srinagar.

Taploo’s murder surprised, but did not deeply shock the majority of the local Pandits. They tried to console each other by saying that Taploo was killed because he was the leader of the BJP in Kashmir.

This killing was followed by the daylight murder of former judge Neelkanth Ganjoo on November 4, 1989.

The retired district and sessions judge had gone to collect his pension from the J&K Bank branch in the busy Hari Singh High Street market of Srinagar when militants struck.

Militants fired at him several times from close range. He died on the spot.

Ganjoo was the judge who had sentenced the JKLF founder, Maqbool Bhat to the gallows. Kashmiri Pandits again argued that this was a revenge killing and not the one that was meant to target the community.

“They were killing the Jews and I was not a Jew. This was my belief after these two killings. I had no role in preventing the ‘freedom’ the militants were seeking. What would they gain by harming me? This remained my belief till the beginning of 1990,” says Rajinder Sapru (name changed) presently living in Jammu.

Sapru said the militants then killed an employee of the Telecom Department and later an assistant director of the Food and Supplies Department. This again looked like not even remotely threatening Sapru’s life although both these victims belonged to his community.

Towards the beginning of 1990, serious and disturbing news started pouring in.

From ‘Azadi’ or freedom for all, the armed struggle was metamorphosing into the fight for setting up a radical, Islamic state in which non-Muslims had no place.

It is important to mention that the predominant majority of the local Muslims opposed the targeting of their Pandit neighbours. However, an unarmed Muslim was as helpless before the radical, strait-jacketed belief of the armed militant as his Pandit neighbour.

Migration of Kashmir Pandits had already started when Sarla Bhat, a staff nurse at the Sher-e-Kashmir Institute of Medical Sciences (SKIMS) in Srinagar, was kidnapped and killed in April 1990.

Her body was thrown on the road in the Karan Nagar area of Srinagar. The body carried a note saying that she was a police informer.

This justification did not work either with the Pandits or the local Muslims.

The nurse’s gruesome murder — her family said she had been raped before she was murdered — sent out a clear message that a Kashmir Pandit had to perish or migrate out to “India he belonged to because of his religion”.

The government was unable to protect them. It was battling hard to establish its authority that had been deeply compromised because the militant outfits called all the shots.

“It was comparatively easier for the city resident Pandit to pack and leave than it was for us. We as villagers had cattle, agricultural land and orchards. Everything could not be abandoned so quickly.

“My Muslim neighbours tried their best to support me, but they were as helpless before the gun wielding youth as the local Pandits. I entrusted my property to a neighbour and left the village with my wife, two daughters and a son.

“We lived in a tent in one of the makeshift camp for the migrant Pandits in Jammu city. My house had 10 rooms and the tent in which we were living in the camp did not have enough space to stretch our legs,” said Autar Krishan Raina, who lived in a central Kashmir village.

Every migrant Pandit family has its tale of woes to tell.

“The thought of return to their homeland varies between the first generation of Pandit migrants and their subsequent generation.

“The Pandit who faced the trauma and had to leave his home, still cherish and live in the idea of Kashmir since they had generational understanding of amity between the local Muslims and Pandits.

“For the young generation of Pandits born and brought up in different cultures, Kashmir represents a home snatched from their forefathers. To which they might go as tourists and not as residents. Thus, the community has become a diaspora in their own land,” said Dr Farah who teaches sociology at the Kashmir University.

Waiting for his turn to return home, the average Pandit has aged beyond recognition both mentally and physically for himself and for his friends and neighbours back in Kashmir.