The Afghan Taliban is pumping drugs worth thousands of crores in Bharat! 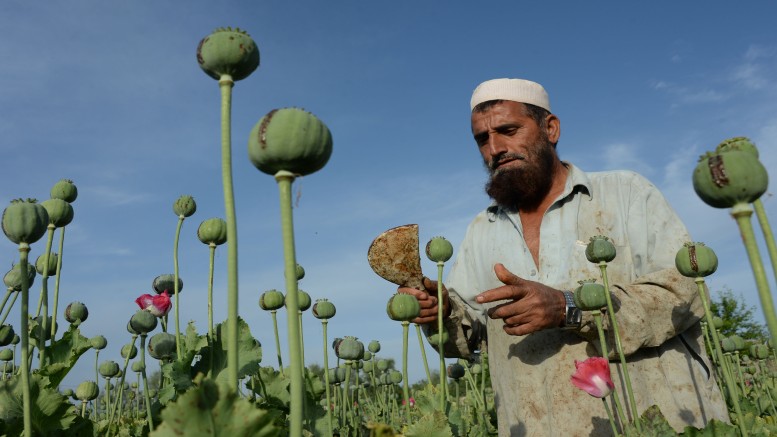 This week, there were two major drug busts in the capital Delhi. On 10th of May, Delhi Police arrested Andar Mohammed Shafi and his wife Tarina along with 125 KG of heroin from their car. Both of them are residents of Kandahar in Afghanistan and were living in Delhi’s Wazirabad on rent. The estimated value of the heroin is around Rs. 860 crores according to reports. On 13th of May, it busted another gang and arrested Altaf alias Mehrajuddin Darji, Abid Hussain Sultan, Hashmat Mohammadi, Tifal Nau Khez and Abdullah Najibullah along with 50 KG of heroin, worth about Rs. 250 crores. Of these five, Abid and Altaf are residents of Kashmir and others are Afghanis.  Apparently, the heroin is sent from Afghanistan by one “Haji”, and is furter refined and reconstituted by chemicals supplied from Punjab by one “Lakha”. They had a factory in Zakir Nagar-Batla House area of Delhi, where the accused also lived. The whole operation was being run under the garb of carpet trade.

However, this is nothing new. Taliban has been pushing drugs in Bharat for a long time. Just last year, Punjab saw one of the largest drug busts in Bharat. A person named Anwar Masih was arrested after 194 kg of heroin was found in a raid at his house. The price in international market was estimated to be around 2000 crores! It is obvious that the drug running business is very profitable. It naturally follows that the amount of drugs intercepted by the authorities are just a small part of the whole consignment. Indeed, it was reported that the 194 kg of heroin was a small part of the consignment which had come from Afghanistan to Gujarat, through Pakistan.

However, smuggling from seas is not the only route through which drugs enter Bharat. Drug runners use innovative ways to fool the authorities. They have used Bharat-Pakistan trade as cover for drug supply, used Samjhauta Express and Delhi-Lahore bus service, couriers who swallow drug packets, illegal crossings from Rajasthan, Punjab and Kashmir border and even Nepal border to push drugs in Bharat. Incidentally, Bharat is in the middle of two of the biggest illegal opium producing countries of the world – Afghanistan and Myanmar. While Afghanistan is the largest producer, producing about 90% of the illegal opium of the world, Myanmar and neighbouring areas are second. The south east Asian “Golden Triangle” area has now diversified in synthetic drugs like Methamphetamines and is the largest producer of these drugs in the world.

According to the recently released UNODC Afghanistan Opium Survey 2020, there was an increase of 37% in Opium production from 2019 to 2020. Majority of the opium is grown in areas controlled by various warlords allied to Taliban. They levy taxes on each step of production from cultivation to refinement and even export the same to generate revenue. Taliban makes hundreds of millions of dollars from this trade and it is a major source of its income, with some claiming it makes about 60% of its revenues. Interestingly, almost all the drug lords of Afghanistan are “Haji” i.e. devout Muslims, who have completed the pilgrimage to Mecca.

This money has been used to effectively wage a war against US and its allies for last 20 years and now the US has conceded defeat and is retreting from the war ravaged country. After the retreat of USA, this same money is expected to finance Taliban’s campaign to recapture power. When that happens, it is not a question of “if”, Bharat shall have to contend with a reinvigorated and motivated Taliban. Apart from the drugs pushed in Bharat, which are a major threat to the vitality of the nation, we shall have to deal with an influx of jihadis who have nothing better to do than killing innocents.

The security and intelligence apparatus of the country has a grave responsibility. To deny any money to the Taliban from Bharat should be our number one goal. Failure to do so would be catastrophic.