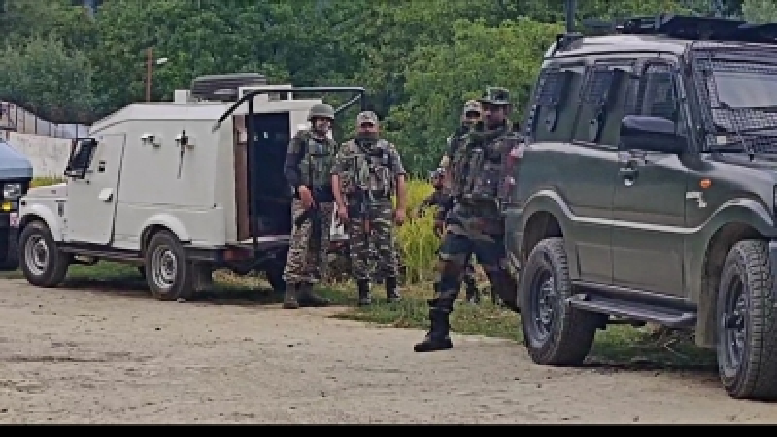 A joint operation by the Army and J&K police on Sunday led to a swift and timely recovery of large cache of weapons and ammunition from dense forest area of Gadyog in Khawas region of Rajouri.

A defence statement said, “The desperate plan of terrorist organisations to revive terrorism in Rajouri and Reasi districts suffered a major setback when the Army and J&K poolice jointly carried out search operations in the forested areas of Khawas Tehsil in Rajouri district.

“Based on specific information from a reliable source, a joint operation was undertaken by the Army and J&K police today in general area of Chikakhet in Gadyog forest of Khawas region of Rajouri district, South of Pir Panjal ranges.

“The timely recovery of huge cache of arms and ammunition has thwarted any possible untoward incident in otherwise peaceful region and has scuttled the nefarious plans of terrorist outfits to try derail peace and harmony in the region South of Pir Panjal ranges.

“This operation is a continued demonstration of synergy and coordination between the Army and the J&K police to ensure peace and tranquility South of Pir Panjal ranges”.