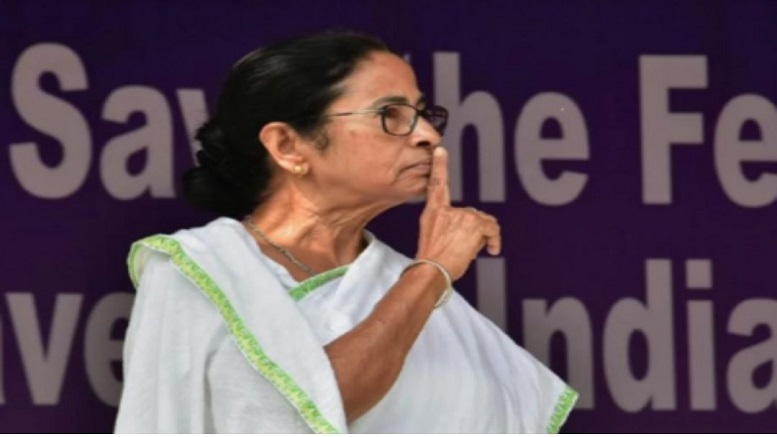 The families of victims in West Bengal’s post-poll violence are being threatened after the Central Bureau of Investigation (CBI) took over the probe following Calcutta High Court’s order.

Sixty-nine-year-old Shobha Mondol died after she was attacked by Trinamool Congress supporters while trying to save her son – Kamal Mondol, a BJP block president, from being thrashed. It happened on May 2 – the day the result of the Bengal Assembly Election was declared and TMC came back to power in the state for the third time.

“This happened on May 2 after 7 pm. I was at home, cooking. They broke the lock and entered the house. My husband is the BJP block President,” said Poornima Mondol. “We took her (Shobha Mondol) to the hospital in an ambulance, did a CT scan. She was breathing but unable to speak. She died the next day at 9:15 am,” said Anjana Mondol, another family member.

The family says they are still being threatened and living in fear. “My 22-year-old son is scared and staying at my sister’s house for the past three months,” said Sumitra Mondol.

BJP supporter Tinku Saha and her family members were beaten up by TMC supporters on May 2 around the same time when the Mondol family came under attack. “They tore my clothes, they tried to catch my son. They threw bricks at the windows and asked me to go away with my family,” Tinku Saha said. The family, however, did not file a police complaint afraid of backlash.

When asked whether she regrets not filing a police complaint, Tinku said she did not think of the future then. “I did not think so far. What if they attacked my husband and son? I don’t leave the house now,” she said.

A CBI probe was also one of the recommendations of the National Human Rights Commission (NHRC) in its 50-page report to the Calcutta High Court. A CBI team is expected to visit the Mondol household in the coming days. Other cases of violence which are not grievous in nature will be probed by a court-monitored special investigation team.

As of Saturday, the CBI had registered 21 separate cases in connection with the post-poll violence in West Bengal. The agency has also detained two accused in connection with one of the cases filed on Friday. It is being reported that CBI has also begun the process to takeover 36 cases of “unnatural deaths” during post poll violence from West Bengal police, apart from cases of reported murder & sexual assaults.

To probe the cases, the Centre has provided CRPF security cover to the CBI teams amid apprehension of locals and the state administration disrupting the investigation. But that hasn’t deterred TMC workers, goons and Islamists from trying to obstruct the CBI probe.

Post-poll violence is endemic in West Bengal. The state suffered 34 long years interrupted rule by Communists  – in 1997, CPM itself admitted on the floor of the WB assembly that 28000 people had died in ‘political violence’ during its rule. And since 2011, WB has been under the even more fascist and whimsical rule of Mamata Banerjee led TMC. But the violence and mayhem that the state witnessed after election results were announced on May 2, 2021 has been unprecedented.

The role of media and most institutions – including judiciary, police, intelligentsia has been nothing short of shameful. Calcutta HC, which initially expressed ‘satisfaction’ with Mamata Banerjee’s handling of the law & order situation, had to finally acknowledge the scale of the violence and order a CBI probe.

Twitterati rightly expressed their disgust at how bone-chilling crimes have been swept under the carpet, all in the name of protecting a ‘secular’ icon like Mamata:

“A 60 year old Aparna Das got gangraped in front of her grandson because of her religion & politics. That drew ten times less media coverage than a TMC MP filmstar giving birth out of wedlock! This speaks more of the rot in Bengali media than anything else ! Beyond shame !”

“Why blame only the local media ! Even national media has notoriously ignored the happenings in Bengal, treating it as some kind of Sudan or Somalia.”

However, the TMC continues to brazen it out and blames the BJP for the post-poll violence. “This was the work of the MP Arjun Singh. Today there is nothing happening,” said Mohammad Noor E Jamal, minority cell chairman in Bhatpara Assembly.