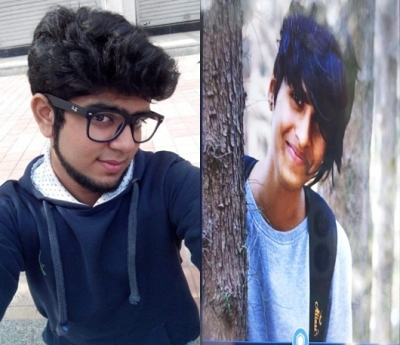 With investigation picking up pace, Delhi Police have come across the chats between Shraddha Walkar and her friends, which reveal a pattern of abuse by Aftab Ameen Poonawalla that ended up in her murder on May 18.

Shraddha, who was beaten up and strangled to death and then chopped into 35 pieces by Aftab, had conversations with her friends and a co-worker either on WhatsApp or Instagram. She had told them that she has been physically assaulted by Aftab since the beginning of their relationship.

“I won’t be able to make it today from all the beating yesterday… I guess my bp (blood pressure) is low and the body hurts,” she had this conversation with the co-worker two years ago, when she along with Aftab lived together in their hometown Vasai near Mumbai.

“I don’t have the energy to get off the bed,” she had told her colleague while attaching her photo with injury marks on her face, she told her colleague. “Sincere apologies for the trouble I have caused to you and the way it impacted work,” she added.

She even told her colleague that they had met Aftab’s parents and she needed to make sure he moves out today.

In December last year, she was even admitted to a private hospital in Vasai. The doctor, as per his report, said that when she came to her there were “only internal injuries”. She had severe back pain, nausea, neck pain, difficulty in movement of neck, and tingling and numbness in lower limb, as per the doctor’s report.

Shraddha and Aftab had met through the dating app’ Bumble’ in 2018. They had come to Delhi on May 8 and shifted to the Chattarpur area May 15. On May 18, Aftab killed Shraddha and then with the calmness of a professional killer chopped her body into 35 pieces and threw her remains across various places.

Sources said that when Aftab was first called for questioning, he told the investigators that Shraddha had ‘left the house’ on May 22. “However, all her belongings were at the house to which Aftab told the police that she had only taken her phone. He also said that they did not speak to each other since she left,” sources said.

The investigators doubted his version and on sustained questioning, Aftab finally confessed to killing Shraddha. He was arrested on November 12.

It has also emerged that Aftab had over 20 other girl friends while he was in a live-in relationship with Shraddha. Aftab reportedly met all these girls, overwhelming majority of whom are believed to be Hindus, on the ‘Bumble’ dating app. He would use different SIM cards to connect with them. His philandering was one of the prime causes for his arguments with Shraddha, which usually turned violent.

Just about 15-20 days after killing Shraddha, Aftab Poonawala started dating another woman, reportedly a psychologist, and brought her home frequently, while the remains of Shraddha’s body were still in the apartment.

“He never mingled with anybody, always stayed away. There used to be parties at their house, but the gates were always shut. Multiple women used to come to his house, even two-three weeks ago. Five or six women came here within a span of 3-4 days,” said a woman neighbour as per this report.

Aftab has also confessed that he had planned to kill Shraddha a week before he actually killed her, but held back after she started crying following a fight between the two of them. Shraddha was murdered just days after she and Aftab had moved into their new rented flat in Chhatarpur, hinting strongly that even the move to Delhi from Mumbai could have been part of a pre-meditated plan to dispose of her.

Two weeks before his arrest, Aftab visited his parent’s place in Vasai of Palghar district of Maharashtra to help his family shift. The Poonawalas had lived there for 20 years.

Shraddha’s father, Vikas Madan Walkar has alleged that Aftab Amin’s family is also involved in the brutal murder of his daughter. “They didn’t even entertain us at their house when we had visited in a hope that they would try to explain Aftab about the situation involving Shraddha,” he told media outlets. The bereaved father demanded that Aftab is publicly hung, and asked the police to trace Aftab’s family who are currently absconding. He also said that he suspects a love jihad angle in the case.