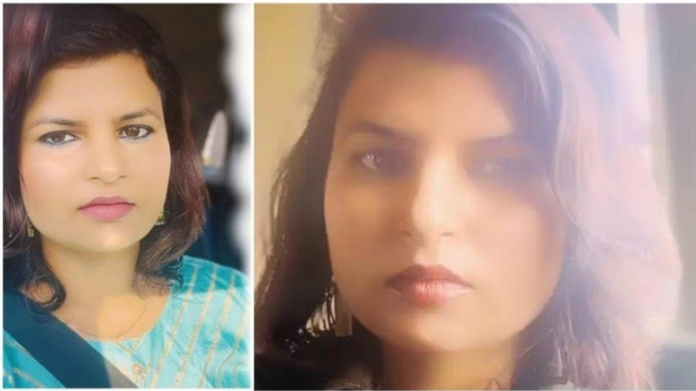 A case of grooming has come to light from Rajasthan where bank executive Surabhi Kumavat was forced to commit suicide after her marriage with Shahid Ali went awry and turned into a nightmare for her. Her suicide note says she was taking the extreme step as her husband hated her and she just wanted to be happy.

We have seen the leftist cabal glamorizing inter-religious marriages and labelling Hindus who are against grooming jihad as ‘bigots’. However, when cases such as that of Surabhi Kumavat come forward, the Hindu society stands vindicated.

Surabhi had an MBA degree and worked as a marketing executive at the PNB bank while Shahid Ali was a class 6 pass. Ali was a resident of Basabandanpura’s Galta Gate and the duo got married at Arya Samaj in Uttar Pradesh’s Ghaziabad in 2016. The two have a daughter named Masaira. Ali was a water supplier who contacted Surabhi during the latter’s coaching.

The couple shifted into a flat purchased by Kumavat. She also had to fulfil Ali’s financial needs due to which she couldn’t meet her own needs. She was a bike enthusiast and wanted to book a bullet bike she had selected for herself. However, she committed suicide even before she could purchase it.

“No one understands me and people only want to hurt me. I just want to be happy and not trouble others. My husband hates me and he keeps threatening to leave me. I have been used for his selfish needs. I’ll miss you my daughter”, reads Surabhi’s suicide note.

Social media (SM) users have raised several questions due to suspicious circumstances such as Ali not waiting for the police’s arrival to bring down Surabhi’s dead body. Her family members were angered by Ali’s behaviour. Following their demand, the police photographed the crime scene before sending the body to postmortem.

According to Shahid, he had attended the society function with his wife. After this, Surabhi was watching TV in the hall while he went to sleep along with their daughter. The next morning he found his wife’s dead body hanging from the ceiling of the guest room.

Hindu society needs to awaken and be alert to such instances of grooming where Hindu girls are trapped in the name of love and then either murdered or forced to kill themselves.