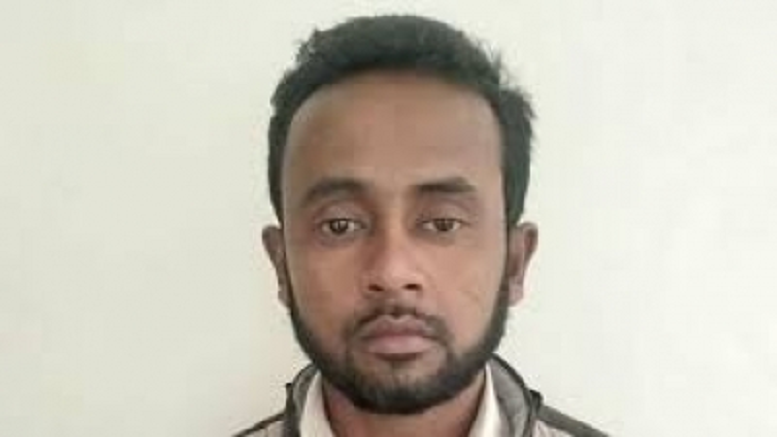 The Uttar Pradesh Anti-Terror Squad (UP ATS) arrested one Azizul Haq from Sant Kabir Nagar district on intelligence inputs from the Central and international agencies. The ATS said Haq, who was arrested on Wednesday, was a Rohingya from Myanmar and was living on forged Bharatiya documents in the east Uttar Pradesh district for the past 19 years.

The ATS carried out simultaneous raids at Hyderabad, Mumbai and multiple locations across five districts of Uttar Pradesh. Additional Director General (ADG), law and order, Prashant Kumar, said if other persons, like Haq, were found staying in the state on fake identities, they would be nabbed soon. Inspector General of Police, ATS, G.K. Goswami, who led the operation, told reporters that raids were conducted on classified inputs that Rohingyas were residing on fake documents in the state. “We are also probing the terror funding angle as a hefty amount has been transferred into Haq’s bank accounts from different places,” he said.

The officer said that two Bharatiya passports, an Aadhaar card, three debit cards, a PAN card and a ration card of Myanmar were seized from his possession.

During the interrogation, Haq disclosed that he had reached the Bharatiya border via Bangladesh in 2001. “Haq had posed as an orphan to a Sant Kabir Nagar resident, Inayatullah, when they met in Mumbai. Later, Inayatullah brought Haq to his father Badre Alam in Sant Kabir Nagar. Alam got Haq’s name registered for a ration card. On the basis of which, Haq was able to get his Aadhaar and passports made,” the officer said.

It has also come to light that in 2017, Haq had also brought his mother Abida Khatoon, sister Fatima Khatoon, and his brother Zia-ul-Haq to Bharat.

“Zia-ul-Haq is currently in Nashik, while his other relatives had visited India but then left for Myanmar,” said the IG ATS.

Goswami also said that Haq had visited Saudi Arabia and Bangladesh in 2017. “We will inquire more about his sources of wealth and reasons for staying in India,” he said.

Sources said that Rs 15 lakh was transferred into the five bank accounts of Haq on different dates. “Amounts ranging from Rs 40,000 to Rs 70,000 have been deposited into his account,” said the sources. The ATS will now question his brother Zia-ul-Haq, sources said.