Rajdeep Sardesai, Mrinal Pande and others booked for sedition 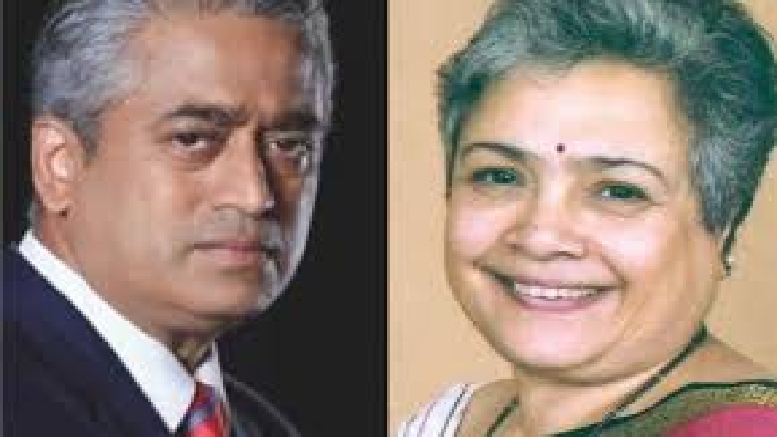 In a major development following the violence on January 26 in Delhi, the Noida police booked Member of Parliament Shashi Tharoor, journalists Rajdeep Sardesai, Mrinal Pande, Vinod K Jose (Caravan) and others for sedition.

An FIR lodged at the Sector-20 police station on Thursday stated that they were booked for tweeting and spreading fake news pertaining to the death of a farmer during the tractor rally on January 26, 2021.

The FIR also names Zafar Agha, the Group Editor-in-Chief of National Herald, and Ananth Nath, the Editor of Caravan.

The politicians and journalists have been booked under sections 153A (Promoting enmity between different groups on grounds of religion, race, place of birth, residence, language, etc., and doing acts prejudicial to maintenance of harmony), 153B (Imputations, assertions prejudicial to national-integration), 295A (Deliberate and malicious acts, intended to outrage religious feelings of any class by insulting its religion or religious beliefs), 298 (Uttering, words, etc., with deliberate intent to wound the religious feelings of any person), 504 (Intentional insult with intent to provoke breach of the peace), 506 (Criminal Intimidation), 505(2) (Statements conducing to public mischief), 124-A (Sedition), 34 (Acts done by several persons in furtherance of common intention) and 120-B (Punishment of criminal conspiracy) of the Indian Penal Code and section 66 of the Information Technology Act, 2000.

The Delhi Police, meanwhile, reportedly released a video showing a protester speeding and running over barricades with his tractor near ITO, resulting in the vehicle overturning. A post-mortem report revealed that the protester died due to the accident.

SC wants to remove ‘colonial’ Sedition law, but have threats from internal and external forces reduced?