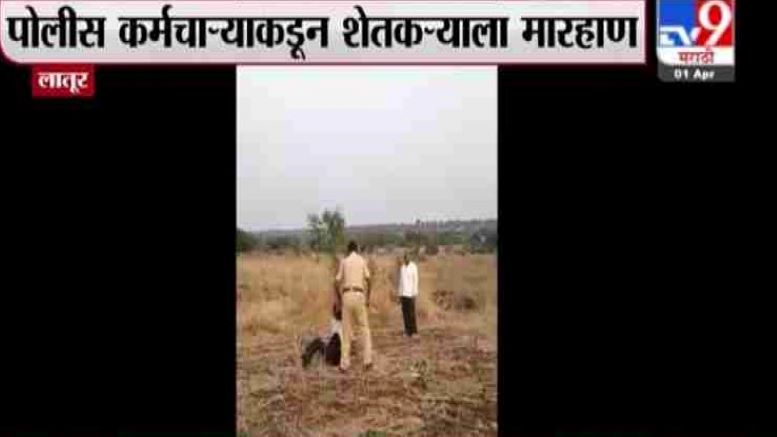 A video has gone viral on social media showing a farmer being beaten mercilessly by police in Maharashtra’s Latur. The policeman can be seen beating him with sticks and also kicking the defenseless farmer later.

The incident took place in Chavanhipparga village in Devani taluka. Farmer Gangadhar Kotwad had a dispute with a neighboring farmer over farming reasons. Kotwad has alleged that Ramesh Kamble, a police officer, beat him up after hearing the side of one of them.

While the cops are quick to wield their power against defenseless farmers, the same Maharashtra police were seen running for cover when attacked by a sword-wielding Gurudwara mob in Nanded on 29 March in which four cops were injured.

The same Maharashtra police force has also been ineffective in implementing Covid lockdown rules in Muslim-majority areas where a mob broke through barricades put by the cops to enforce lockdown. They then start throwing chairs and other items kept in a nearby shed, as a couple of policemen stationed there armed only with lathis ran backward.

This latest incident from Latur is yet another proof of police displaying their power and arrogance only against those who are weaker and have no power to retaliate against them while cowing down before those against whom they must actually be showing their power.