Parvati temple in Karnataka dug up in ‘treasure hunt’, 7 held Hunt for treasure purportedly buried under the sanctum sanctorum of a century-old temple in a village in Karnataka’s Hassan district led seven people, including a priest, to try to dig up the structure, police said on Sunday.

This seven-member gang, which also included a prominent astrologer and Assistant Director of Co-operative Societies, however, developed cold feet after digging around a 10 feet pit in front of the chief deity of their village Bosmanahalli, abandoned their mission halfway through, and left the temple. All seven have been arrested. 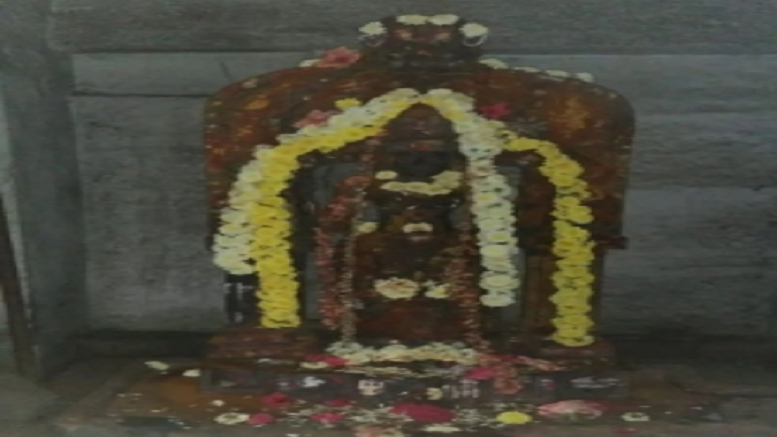 According to the police statement, the arrested were identified as Manjunath, an astrologer from Bosmanahalli, L. Thippeswamy, a temple priest, Hassan Co-operative Societies Assistant Director Narayan, B. H. Jayaram, Chetan, Manjunath, and Kumar.

The police said that the entire treasure hunt plan was hatched by Manjunath, an astrologer from Bosamanhalli, who often used to visit the old Chowdeshwari (Parvatamma) Temple, of the village’s deity, situated on the outskirts of the village.

“Most of the arrested are devotees of this temple. The astrologer persuaded these five gullible residents and a priest from a temple in Davangere district. Manjunath thought that under the lockdown, temples which are locked may not attract any notice of residents of this village, besides the incident will only come to public notice once lockdown measures are eased.

“Hence, they decided to carry out digging after performing ‘homa-havana’ (offerings poured in sacred fire while chanting vedic Mantras) on intermediate night of Friday-Saturday,” a police officer said.

However, due to the gang’s bad luck, the temple was opened on Saturday morning, when lockdown norms were eased, the digging discovered, and the priest of this temple lodged a complaint.

“Within 24 hours of the complaint being lodged, we arrested all seven,” police said, adding that that there were enough clues to prove that the treasure hunt was the handiwork of locals.

A case has been registered and investigations are on.