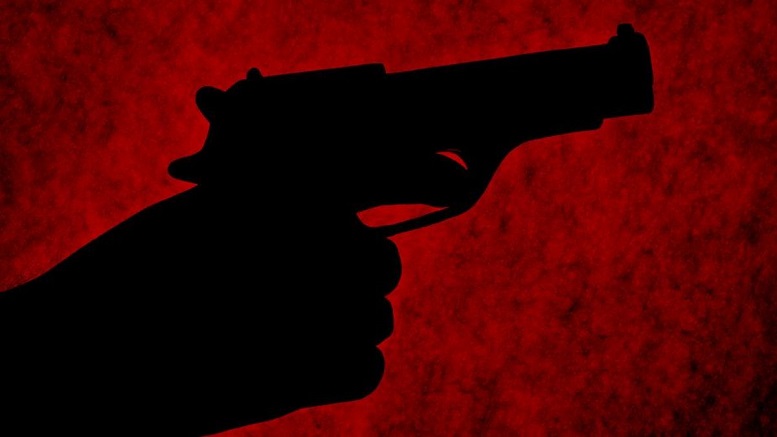 On Thursday afternoon, a 16-year-old Hindu girl was shot at by stalker Arman Ali near her home in Sangam Vihar, South Delhi. The bullet hit her shoulder and she is being treated in a private hospital’s intensive care unit.

Ali had first contacted the girl via social media using a fake Hindu identity around two years ago. After the student of the Cambridge International School on Devli Road found out that he was Muslim, she stopped talking with him. That is when her nightmare began and the love/grooming jihadi began to stalk her.

The girl’s school is barely 2km away from her residence and she was walking back home with her mothers and others when the crime took place. Her father said he received a call at 2.17pm from his wife about the shooting while he was in his office at Mahipalpur.

“We live in a joint family. Usually, someone drops my children and nieces to school in the morning and in the afternoon my wife or sister-in-law picks them up. My wife and son and one of my nieces were walking ahead, while my daughter and second niece were behind them. When they reached near B-Block, the accused fired at her and fled,” he added.

Asked if he suspected anyone, the girl’s father said that a youth from the area had been following her. “Initially, I didn’t take the youth loitering in our lane seriously as he was a local. But later he sent messages and requests to my daughter on Instagram. She didn’t respond, so he started following her whenever she stepped out.”

Shockingly, even though the father approached the police to stop the harassment of his daughter, our system allegedly failed him.

“I told the beat constable about this in June end and start of July. The beat cop said he would take care of it and scold (sic) the boy, but I don’t know if anything happened. My wife said the boy and his accomplices were wearing helmets and had covered their faces till the nose with a handkerchief,” added the father.

“The injured girl in her statement to police said while returning home from school, she noticed three boys on a motorcycle chasing her. When she reached B-Block, one of the boys fired at her from behind and they sped away. One of the boys was in touch with her through social media. A case of attempt to murder has been registered. The accused have been identified and efforts are on to catch them,” said DCP (South) Benita Jaiker.

As is their wont, mainstream English-language media suppressed the identity of the attacker in their initial reports.

Two men, Bobby and Pawan aka Sumit, who helped the main accused Arman Ali have been arrested, police said on Saturday. But Ali is still absconding. Ali contacted the other two and hatched a plan to kill the girl with their help. Two country-made pistols, three live and one empty cartridges were seized from their possession, police said, adding that a hunt is on to nab Ali.

Such communal gender crimes, aka cases of love/grooming jihad, have seen an explosion in the last decade. Earlier too, we had episodes of grooming, gang-rape and blackmail like the nation witnessed in the gut-wrenching Ajmer saga of 1992 when influential members of the Khadim family and youth Congress workers exploited school-going Hindu girls. But the new threat is more individual and of a lone wolf nature.

Access to girls via social media and a weak secular state which is inherently anti-Hindu has emboldened Muslim youth indoctrinated by Islamist mullahs to prey on Hindu girls for reasons as varied as sexual exploitation, forced conversion & marriage, or for human trafficking. This criminal phenomenon gets cover from the Hinduphobic left-liberal elites who continue to contemptuously dismiss it as a ‘Hindutva conspiracy theory’.

Atomisation of Hindu society, poor parenting, a popular culture and Urduwood films promoting degeneracy, and the gradual destruction of Dharmic institutions by secular state control and societal apathy – all these factors have further exacerbated the issue to leave our girls at the mercy of such predators.

Hindus are failing their children, and the state is failing Hindus. The Pakistanization of Bharat is indeed occurring slowly but surely.

6 PM, 30 Aug 2022: The girl’s name has been identified as Naina Mishra in this report. Here is Naina’s father making an appeal for justice for his daughter.