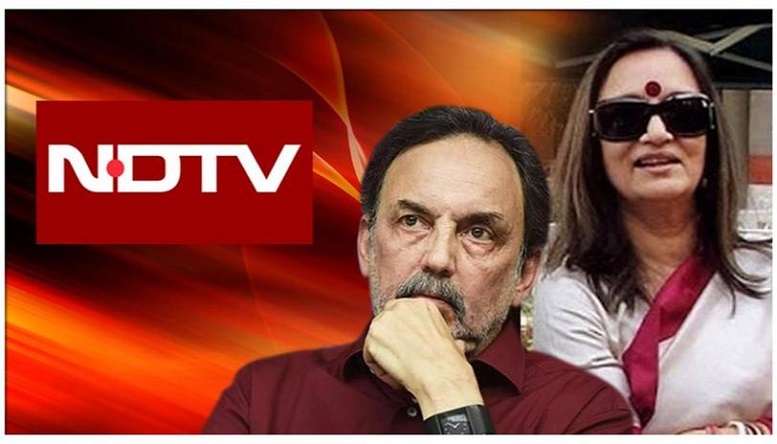 NDTV has been at the forefront of false journalism and is now scraping rock-bottom by allegedly fraudulently using UNICEF’s name to gather funds in the name of child relief.

NDTV advertised online that they are partnering with UNICEF to help children affected by the Coronavirus. They claimed that kids were at grave risk as ‘an additional 1600 could die every day over the next months six months unless aid is provided to them immediately’. The figures speak to the hyperbole created by the controversial channel – they were projecting 2.88 lakh additional child deaths due to the pandemic whereas total deaths so far due to Covid-19 in Bharat are 1.56 lakh!

Knowing fairly well that funds would be hard to come by given their reputation, they added a twist to the whole concocted story. NDTV claimed that they were collecting the funds only to be handed over to a nodal agency called Childline India Foundation that comes under the Ministry of Women and Child Development, Government of India. The Childline India Foundation helps children in distress and operates a helpline called Childline 1098.

To gain credibility, it appears that NDTV threw UNICEF into the equation and named them as ‘partners’ in this fundraising. They conveniently named it the ‘NDTV-UNICEF Reimagine Telethon’.

Upon coming to know of this fraud, UNICEF issued a statement informing the public that it has come to their notice that some were using its name to raise funds without any authorization. Without naming NDTV, UNICEF added that “We denounce this unethical practice and disassociate from the organizations/ individuals involved in this”.

Having come to know of this, The National Commission for Protection of Child Rights (NCPCR) which is responsible for child rights protection in Bharat has approached both the Delhi Police and Economics Offences Wing to pursue action against NDTV. They have stated that NDTV was illegally raising funds using fraudulent techniques.

The NCPCR letter says “Therefore, it is requested that the serious allegation made in this complaint may be looked into an investigation into the intentions of NDTV for raising this money and utilization of this money received in this fundraiser may be initiated under appropriate provisions of law”.

NDTV is under intense scrutiny of IT, ED, and market regulator SEBI. SEBI recently imposed a fine of Rs 27 crore on NDTV’s promoters for concealing information from shareholders on certain loan agreements. The promoters – Prannoy Roy and his wife Radhika Roy – approached Supreme Court claiming they have no money even to pay the deposit required to challenge the SEBI fine, and offered to deposit NDTV shares instead. But some analysts claim they do not even own those shares anymore!

The channel, which was the UPA regime’s blue-eyed boy, has finally begun to be called out officially for its fake news and blatant anti-Hindu and anti-Bharat bias. Both Ministry of Health and PIB have called it out in recent times for fake news on Covid-19 vaccine and misinformation on paddy procurement, respectively.

So facing acute financial crisis, is NDTV now trying to leverage whatever remains of its brand (it still carries weight amongst English-speaking old elites and certain sections of Nehruvian establishment like bureaucracy, judiciary, academia etc) to raise funds for legal battles through fraudulent charitable causes?

That someone would use funds donated for helping children in need for their own selfish need defies justification, especially when it’s done under the banner of journalism. Strict action should be taken against NDTV which should deter any nefarious elements from engaging in such practices.