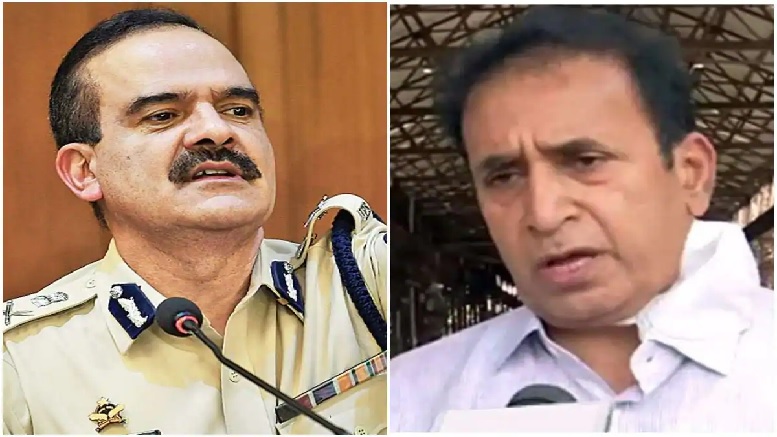 Five days before he is summoned to appear before the government-appointed Justice (retired) K.U. Chandiwal Commission of enquiry, the political circles in Maharashtra are agog with speculation that the former Mumbai Police Commissioner Param Bir Singh, now Commandant-General of Home Guards, may have fled the country.

Maharashtra Home Minister Dilip Walse-Patil has said that neither the state nor the Central government’s investigating agencies have any inkling of Singh’s whereabouts and are searching for him.

“A lookout circular (LOC) has been issued against him along with the Ministry of Home Affairs (New Delhi), we are also looking out for him,” Walse-Patil said. There is speculation that Singh has fled to Russia.

After Singh failed to repeatedly honour its summonses, the Justice Chandiwal Commission slapped him with fines thrice, and issued a bailable warrant against him twice with the State CID failing to locate him at his known addresses in Mumbai, Chandigarh and Rohtak.

If the untraceable Singh fails to appear before the Commission’s next hearing on October 6, he faces the prospects of a non-bailable warrant.

The lid was blown off the whole extortion (hafta-wasooli) racket, allegedly going on under direct oversight of Nationalist Congress Party’s Home Minister Anil Deshmukh, when Mumbai Police cop Sachin Vaze was arrested on March 13 in connection with the explosive-laden SUV found outside Reliance Industries chairman Mukesh Ambani’s residence. Vaze is also being probed for the mysterious death of Mumbai-based businessman Mansukh Hiren.

Sachin Vaze opened up a Pandora’s Box by accusing Anil Deshmukh, Deputy Chief Minister Ajit Pawar and Transport Minister Anil Parab of pressuring him to extort money from the contractors of Brihanmumbai Municipal Corporation (BMC), and illegal tobacco factories and bars in the city.

Soon afterwards, the Bombay High Court ordered a preliminary enquiry by the Central Bureau of Investigation leading to Deshmukh’s resignation, while Singh proceeded on leave in May. In June, the MVA registered cases of alleged extortion, cheating, forgery, and set up a one-man enquiry commission to probe the charges against Singh.

Incidentally, Param Bir Singh was also accused of brutally torturing Sadhvi Pragya and Col. Purohit in 2008 when he was part of the Maharashtra ATS team tasked by UPA to prove ‘Hindu terror’ in the Malegaon blast case.

It must be noted that Vaze was re-instated in Mumbai Police in March 2020 after spending 16 years in the wilderness. He was immediately put to work to arrest top journalist Arnab Goswami, an outspoken critic of the MVA govt., in a dubious suicide abetment case that was re-opened.

In a charge-sheet filed last month, NIA said that Vaze and others executed the terror threat against top businessman Mukesh Ambani and his family, to terrorize him and other rich businesspersons to extort money out of them.

The ruling Maha Vikas Aghadi (MVA) government ally Congress on Friday accused the Bharatiya Janata Party of “a definite role in giving a safe passage” to Singh. But they maintained silence on the whereabouts of their own ex-minister Deshmukh.

CBI filed an FIR against Deshmukh on April 21 and later a money laundering case was filed by ED. Deshmukh is accused of collecting at least ₹4.70 crore from various bars and restaurants in Mumbai through Vaze, and then laundering that money to the Nagpur-based Shri Sai Shikshan Sansthan, an educational trust controlled by his family.

ED has issued a lookout notice against Deshmukh after he failed to appear before the agency even after five summonses were issued to him.