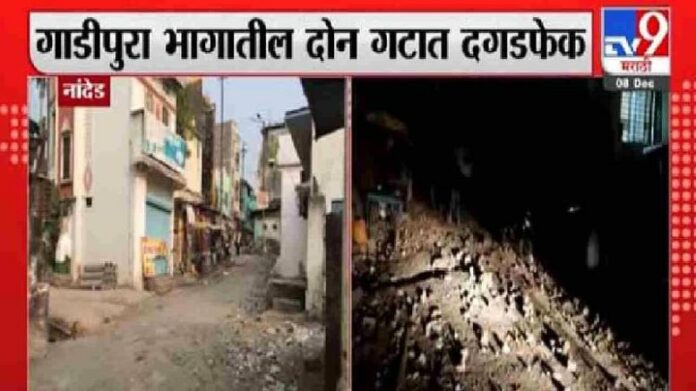 Gadipura area in Nanded witnessed violence by an Islamist mob where two persons are reported to have been grievously injured and 13 people have been arrested. Several houses have been damaged and the power supply transformer was also blown up.

An eyewitness who received injuries confirmed that the mob was chanting “Raza Academy zindabad, Kaafiro ko maaro” (hail Raza Academy, beat the kaafirs or non-believers). He also said that there were about 200-300 persons carrying various weapons including swords. A shopkeeper who also became a victim said that the stone-pelting began all of a sudden and they were caught by surprise while adding that his shop was also vandalized.

A report by TV9 states that an argument led to the incident of mob violence with stoned being pelted and a transformer being blown up in addition to vandalization of houses. The fight supposedly took place between two groups of youth and the Nanded police took control of the situation. The injured were given medical attention and further investigation is being carried out.

A large police force has been stationed in the area. The police said that there were unable to make much headway in their investigations at night since it was difficult to identify the perpetrators and added that they have managed to take some of them into custody in the morning. 13 persons have been arrested so far in connection with the incident. A case is being registered against the perpetrators and further investigation is ongoing.